VANESSA Paradis shot to fame in the 90s as a singer and a supermodel, who won the heart of Johnny Depp.

But after the pair split for good, she found love with Samuel Benchetrit.

Samuel Benchetrit is a French writer, actor, scenarist and director.

At age 15, he quit school to focus on photography.

He started directing films in 2000, and now has six movies to his name – which is how he met Vanessa. 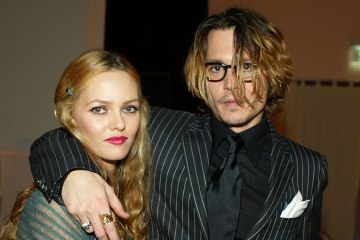 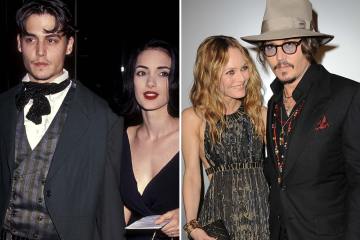 How long have Vanessa Paradis and Samuel Benchetrit been married?

Samuel fell in love with Vanessa, whom he directed, while filming his fifth film, Dog, in 2016.

He was previously married to Marie Trintignant, who was a French actress.

She was murdered in 2003 by French musician Bertrand Cantat.

Do Vanessa Paradis and Samuel Benchetrit have children?

The couple don’t have any children together, but both have kids from their previous relationships.

Vanessa has two children with her ex-Johnny Depp.

She has already made a name for herself in Hollywood.

Vanessa and Johnny also have a son called Jack, who was born April 2022.

Jack has stayed out of the spotlight, and his dad has said he has no intention of becoming an actor like sister Lily-Rose.

Samuel has two children as well – a son called Jules, who he had with his first wife Marie.

He also has a daughter called Saül, who he shares with his ex-girlfriend Anna Mouglalis, who is a French actress.

Who is Vanessa Paradis?

Vanessa is a French model-singer-actress.

She started her career as a young pop-star at the tender age of 14 with her international hit Joe Le Taxi.

At the age of 16 she quit school to dedicate herself full-time to her singing career.

She also turned her hand to acting – winning the 1990 César for Most Promising Actress for her performance in Noce Blanche.

In 1991 she was snapped up by fashion powerhouse Chanel – who she continues to have close ties with – to promote the Coco fragrance.

Abbey Clancy, 36, poses in tiny bikini as she flashes her bum on family...