The British spoke of their fury after London Underground staff announced the release during the Queen’s platinum anniversary.

This step will bring chaos to the capital against the backdrop of a four-day break in early June.

Employees of the RMT union say they will stop working Eustace and Green Park stations on Friday, June 3rd.

Both stations will be key transportation points for tens of thousands of visitors heading to the city. at the celebration.

Green Park is the closest station to Buckingham Palace.

The workers claim that they are being forced to take action because of “bullying” and “toxic work environment”. 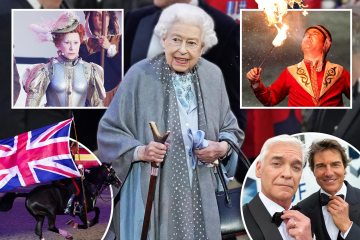 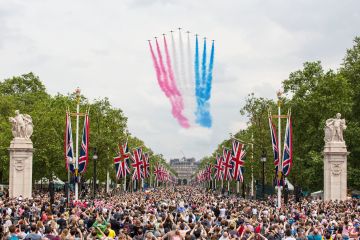 But many have now called the union “disgusting” and “infamous.”

“The union and the workers are disgusting behavior,” they wrote.

Another said: “It’s just awful … to keep the country for ransom when we have to celebrate.

“Gluzka. The nurses are not on strike, despite the fact that they are working. “

And the third wrote: “It is completely unacceptable and selfish to have a strike on the London Underground on a weekend dedicated to the Queen’s platinum anniversary celebrations.

“In fact, I think it’s absolutely unfair to wreak havoc with the London Underground strike at any time.”

Others called the union “militant,” writing: “It’s disgusting … I was going to go to central London, but I think I’ll play golf instead.”

The strikes will last all day.

They will affect the services of the Victoria, Jubilee and Piccadilly lines at both stations.

The national railway services in Yustan will not be affected.

RMT Secretary General Mick Lynch has acknowledged that the strikes will cause “significant” problems for people who enjoy hard-earned long weekends.

But he did not repent – and said Transport to London bosses need to “do the right thing”.

“The staff at Eustace and Green Park have endured years of persistent bullying and intimidation by a manager who has created a toxic work environment,” he said.

“The union has tried in vain to persuade the leadership, but they will now not allow local representatives to participate in the check of dismissal at the stations, instigated by the head.

“Our strike on June 3 will cause significant obstacles to people who want to celebrate the queen’s anniversary.

The TfL is believed to be investigating allegations of bullying, Evening standard reports.

Chiefs have asked RMT to end the strikes immediately.

A TfL spokesman said: “We adhere to the high standards of our people and ensure that everyone is treated fairly.

“We are aware of this dispute and are conducting an urgent investigation to resolve it.

“We have held a series of meetings with RMT and urge them not to strike and continue to work with us to find a solution.”

Currently, drivers are coming to an end The longest underground strike in history, which will end on June 19.

Night walks affect the central and Victoria lines every Friday and Saturday.

There will also be night strikes on the Jubilee line every Friday and Saturday from Saturday, May 21 – when the Night Tube reopens – until Sunday, June 19.

In early March, passengers were encouraged to work from home after another two-day walk.

This came after a dispute over pensions and job cuts.

News of the latest action comes only a day later the Queen visited Paddington Station to open the new Elizabeth Line.

Her Majesty topped up the Oyster card and bought the first-ever ticket for the service before her youngest son Edward drove to Tottenham Court Road.

Ken Clarke Says Kwasi Kwarteng’s Tax Cuts Are Like Something Out...