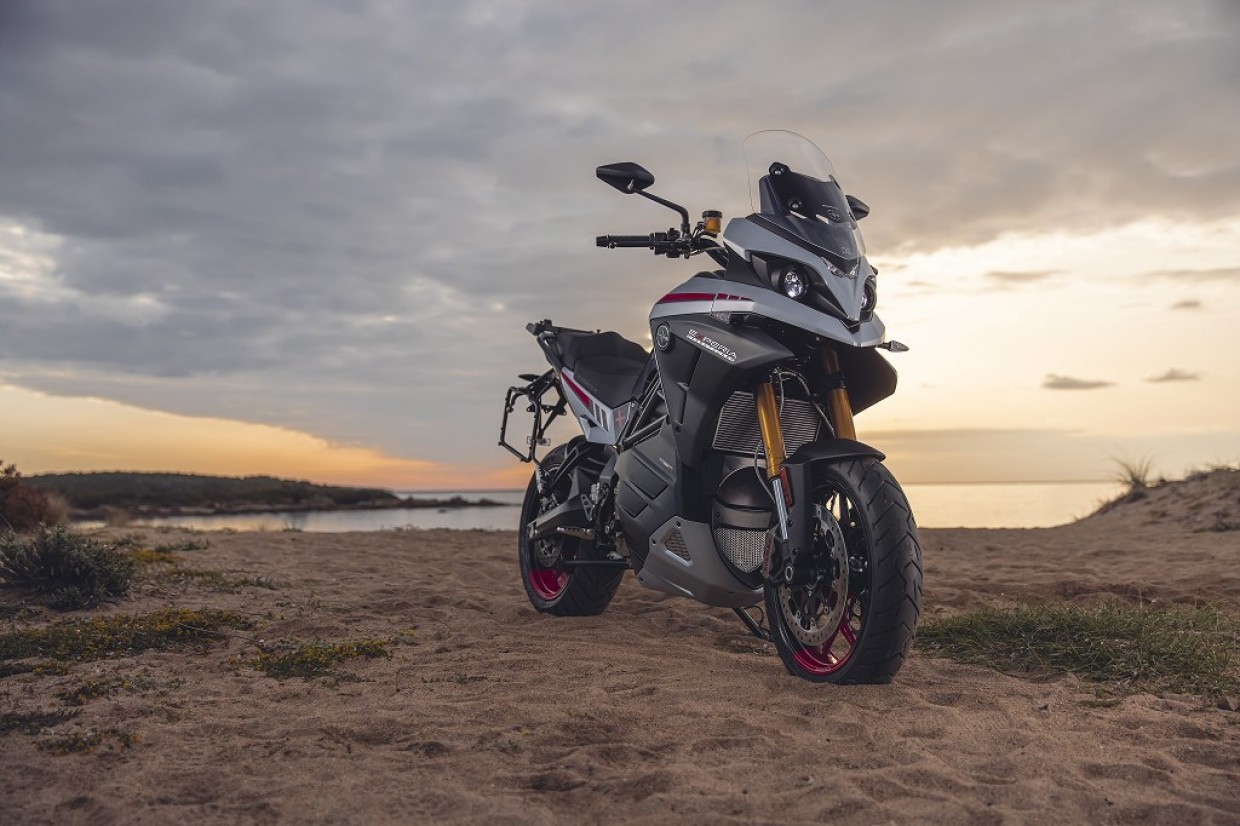 Based in Modena in the heart of Italy’s ‘motor valley’, Energica currently offers a range of sports electric motorbikes including the entry-level Eva EsseEsse9, the Eva Ribelle and its sports equivalent, the 126kW (168bhp) Ego.

The Experia Green Tourer is a new design that is built from the ground-up. It features a reengineered motor and a new frame and chassis design, all of which has been done to reduce weight.

The battery uses revised chemistry and has a capacity of 22.5kWh, far larger than most electric motorbikes. That gives it a claimed city range of 261 miles, which drops to 130 miles in extra-urban routes (which is a mix motorways and fast A-roads).

Charging can be done through a DC fast charger at a rate of 24kW allowing for a 0 to 80% charge in just 40 minutes.

In keeping with the tourer style, Energica has given the new bike a top box and panniers which have a total capacity of 112 litres.

The e-motorbike also has two USB ports in the dash, while two more can be found on a lockable waterproof storage compartment.

New electric cars for 2022 and beyond: what’s coming when

Best e-bikes for every category 2022

Government set to announce plans to legalise private e-scooter use

Meet the firm electrifying the tuk-tuk

Thousands of teachers missing out on discount scheme that offers 60% off at TK...

What To Watch This Weekend By Benzinga