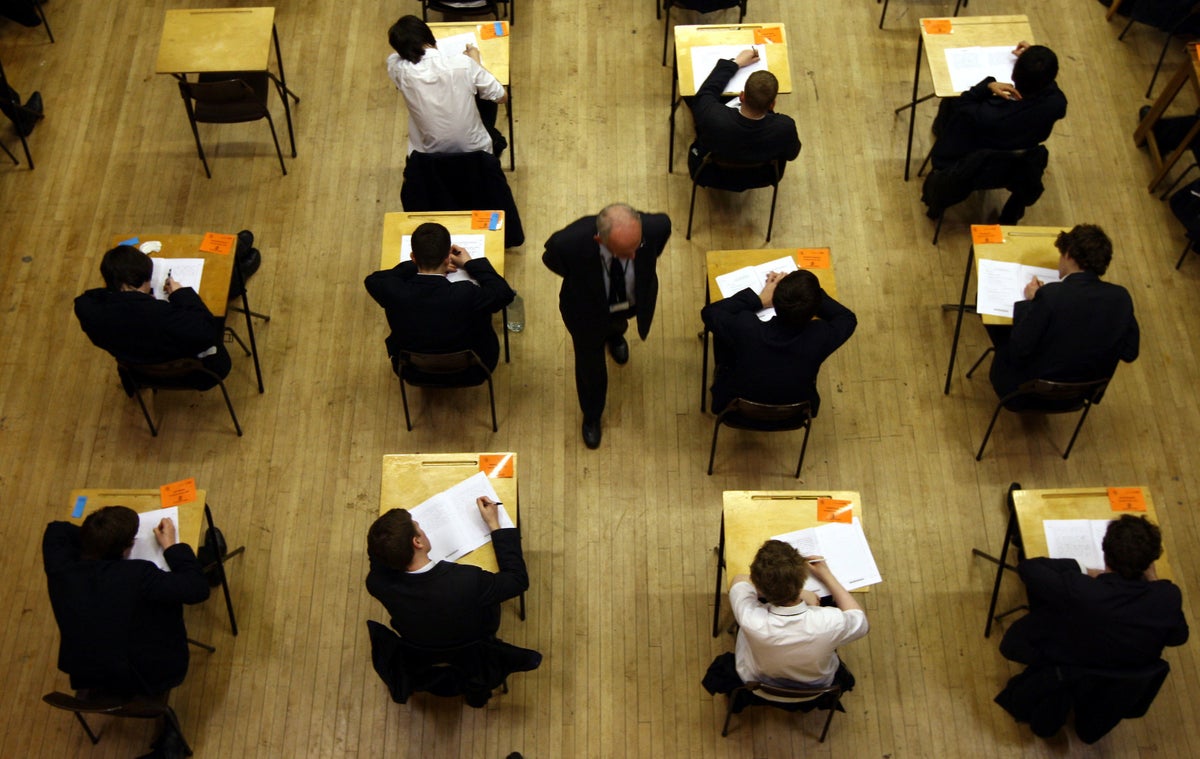 Pupils receiving their A-level results this week should be prepared to be possibly rejected by their preferred universities, a higher education regulator has warned.

There will be a huge rise in applicants failing to secure places on courses at their first-preference universities after they receive their exam results this week, the Office for Students (OfS) has predicted.

Exam boards have been ordered by Ofqual to crack down on what the government department deems to be grade inflation as a result of pupils using predicted grades given by teachers for the two years that exams were cancelled during the Covid pandemic.

Even the highest achievers could struggle when they receive their A-level results on Thursday, the OfS reportedly said.

Pupils who have taken their A-levels for the first time this year have never sat national exams during their secondary school or college education, as their GCSEs were graded in 2020 – the first year of the pandemic.

One analysis predicts that as many as 40,000 teenagers are expected to miss out on their preferred places as a result of having to previously rely on their teachers’ predictions for their grades.

John Blake, director for fair access and participation at the OfS, said it was “only fair” to manage the pupils’ expectations to avoid unpleasant “shocks” on results day.

He told TheTelegraph that a lot of pupils will feel “quite disappointed” upon finding out that “their grades don’t match up to the grades that they were expecting”.

“I think it’s important for people to prepare themselves a bit for that and to acknowledge that,” he said.

The Universities and Colleges Admissions Service (Ucas) has said that this year will be one of the most competitive for pupils to be accepted onto their preferred courses.

However, analysis by the PA news agency suggests that universities are confident applicants will make the grade as some of the institutions said that they have just a handful of spaces, or none at all, to offer through the clearing process that starts on results day.

Between 130 universities, there were a total of 23,280 courses with places available through clearing as of Friday, six days ahead of exam results day – the analysis shows.

Meanwhile, Ofqual and Ucas have sent a letter to students reassuring them that most will still get a place at their first choice of university.

Clare Marchant, chief executive officer at Ucas, said the admissions service is predicting a “record, or near record, number of 18-year-olds getting their first choice this year”.

Her comments came after a report by Professor Alan Smithers, director of the Centre for Education and Employment Research at the University of Buckingham, who said there could be 80,000 fewer A* or A grades awarded than in 2021.

His analysis suggests that some 40,000 students could miss out on their course or university of choice.

Prof Smithers also said that the number of available places could also be driven down by universities “actively recruiting overseas students” who pay higher tuition fees than those in the UK, and a higher number of 18-year-olds in the UK generally – including a higher number that wants to go to university.

Ms Marchant said birth rates had created a growing population of 18-year-olds, with an increased proportion of people this age applying for places this year – 44.1 per cent – compared to the previous two years.

She said: “While some universities have been more cautious with offer-making to prevent over-subscription, particularly in courses like medicine and dentistry where places are capped, this suggests they are confident their candidates will meet their offers.

“As in any year, some students will be disappointed when they receive their grades.”

She said the figures for courses available through clearing are “dynamic” as universities and colleges move their courses in and out of the system up until results day.

Two of the five police recruits are women

ITV Loose Women star Brenda Edwards reveals how she “sings with it” after her...