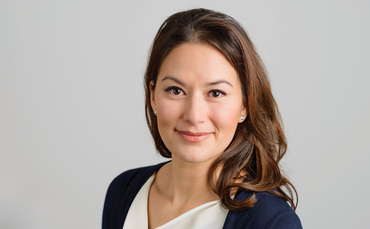 The market reaction to rising rates was narrowly focused on the valuations of more expensive stocks, and the rate at which their ‘longer-duration’ earnings prospects should be discounted.

In other words, the pain so far has been largely concentrated in the highly valued growth names. This has been particularly true in Japan where growth has been a rare and therefore popular commodity, resulting in some heady valuations, prone recently to swift and merciless selling. So much for the first phase of the bear market.

To play devil’s advocate however, what if we do see a prolonged global recession? With the Bank of Japan’s Governor Haruhiko Kuroda’s retirement looming in March, what if Japan breaks with its doctrine of low interest-rates, having finally seen longed-for inflation in this stagflation-ridden country, even if it is a result of external agents.

Valuations – a return to sense?

The next downward leg of the bear market, is likely to reflect earnings missing current expectations across the board.

So far, valuation shrinkage for global stocks has been the greatest since the stagflation of 1975, but largely concentrated in ‘growth’ and ‘quality’ names. Despite cyclicals being the most likely victims of any impending recession, sell-side analysts have generally followed the market mood in downwardly revising estimates for growing companies.

With these previously high valuation issues already deeply discounted, and trading well below pre-Covid levels, the next wave is likely to be felt more in cyclical stocks and sectors.

The past year has given a rare opportunity to invest in excellent companies at severely undervalued levels, in Japan and around the world more generally. Yes, froth needed to be skimmed off some of the archetypal ‘quality’ names following their pandemic-fuelled run, but given their resilient characteristics, the moves look extreme.

Separately, GMO Payment Gateway, the cashless payments service provider, has a leading position in an underpenetrated and growing market in Japan – the third largest economy in the world – and has fallen 40% relative to the index.

As such, when the real-world implications of the now-likely recession sink in, it is stocks like these which (relatively at least) should recover stronger, and sooner.

Foreign investors have long had a disproportionate impact on price discovery in the Japanese market, which in turn has closely followed the movements of Wall Street. This is despite the Bank of Japan policy having diverged widely from the Fed, as inflationary expectations in Japan remain muted.

Past offshoring of production by Japanese manufacturers has diluted the benefits of Yen weakness, while virtually all inflation within Japan is imported – in food and energy prices. Headline inflation numbers of over 2% look alarming, but using the Fed definition of core inflation (excluding energy and food), the trend inflation number in Japan drops to a measly 0.2%.

In an election year, it is quite likely that Prime Minister Kishida’s administration will seek to ease pressure on lower income households through fiscal means. Experience suggests that the inflationary effects of helicopter money or other public largesse are likely to be limited, as savings rates remain high or even rise.

At some point, the rate differential will level out or more likely narrow, and the Yen should recover lost ground against the Dollar, giving some relief to international investors who have suffered from its weakness.

Furthermore, having been hit by sentiment and factors predominantly outside of the Japanese economy, the Japanese equity market at large now looks cheap, over capitalised, and in the midst of market wide corporate governance reform.

A strategy for hard times

There is a case for the old adage that, when the going gets tough, the tough get going. Historically, it has been companies with robust balance sheets, pricing power and secular growth potential which have delivered more stable earnings-per-share growth.

Whether it is manifested in stagnation or stagflation, economic activity will slow – and it will likely be the strongest companies which will be best placed to stem the ebbing tide.

Lloyds, Taylor Wimpey, and the UK Economy with Alan Green

Tell us about a great pick-your-own farm in the UK, for the chance to...

Museum of London gets artistic take on Brexit six years after the vote to...