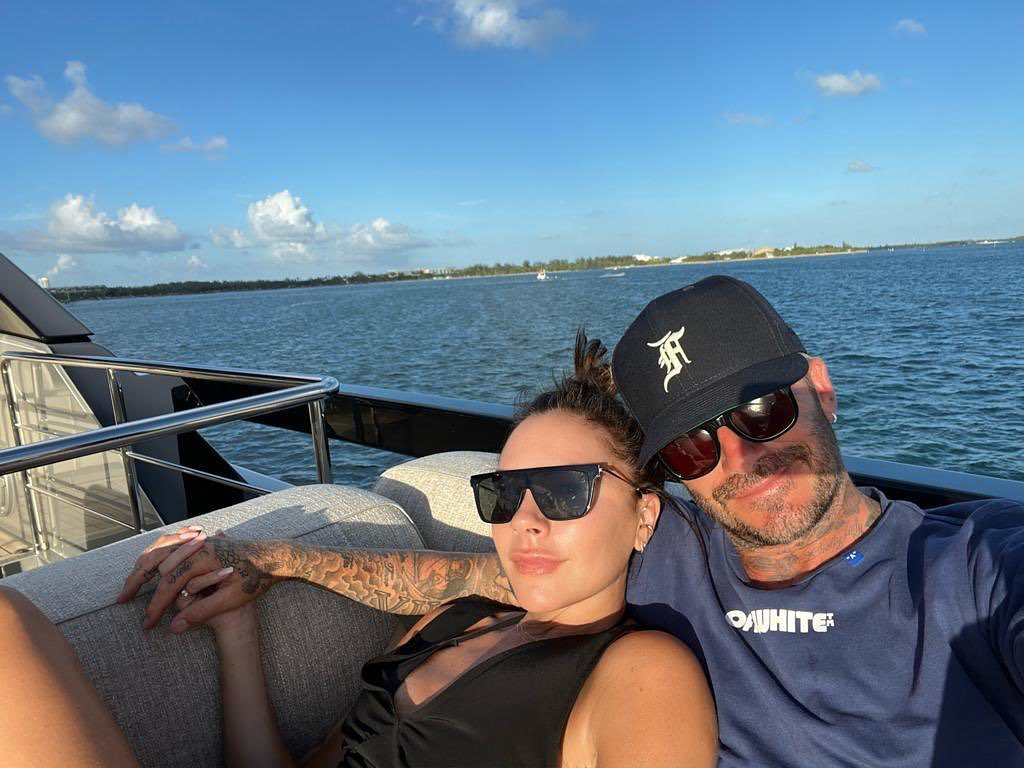 DAVID and Victoria Beckham have been spotted cuddling up for “Sunday kisses” on their luxury yacht in a sunny location.

The couple could be seen looking fresh faced as they enjoyed the view from the top of their huge boat as they continue their holiday.

David, 47, and Victoria, 48, have been spending time on a lavish yacht off the coast of Miami this week – and snuggled up together today.

The former footballer placed a loving arm around his wife’s shoulder, as she gripped his hand tight and snuggled into his chest.

Meanwhile, David kept it casual in a blue t-shirt, sunglasses and a black cap – as she smiled for the camera. 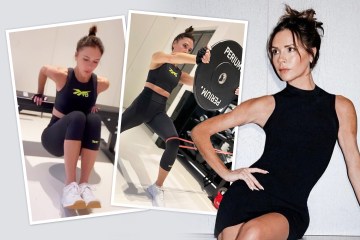 Behind the couple, the sprawling coast was seen panning out behind them, as well as the deep blue waters beyond the boat.

It comes after David and Victoria were seen enjoying a jet ski ride with their youngest child Harper, 11.

She wore a protective life jacket as she clambered on board the sleek black vessel, while David kept a close eye on her.

His fashion designer wife Victoria could also be seen, with her hair swept into an up-do, peering over the side of the boat.

Earlier in the week, Victoria was spotted in a personalised dressing gown as she relaxed on the family’s yacht.

The fashion designer looked glamorous in the gown, with her initials taking centre stage and her hair in a bun.

She was helped down a step by her footballer husband, as they journeyed back onto their £5m mega-vessel.

The married couple are currently enjoying time in Miami on their 93.5ft yacht, named Seven.

The yacht has been aptly named Seven, after the former England player’s shirt number – and it’s also the middle name of their daughter.

Last week, it was revealed  David and Victoria Beckham have cashed in more than £11million in a year – DOUBLING their profits.

Four things we learned during the 34th tour of Spain

Brenda Edwards: Jamal will be looking down on us as we mark his 32nd...

How The Internet Has Changed the Way People Earn Passive Income