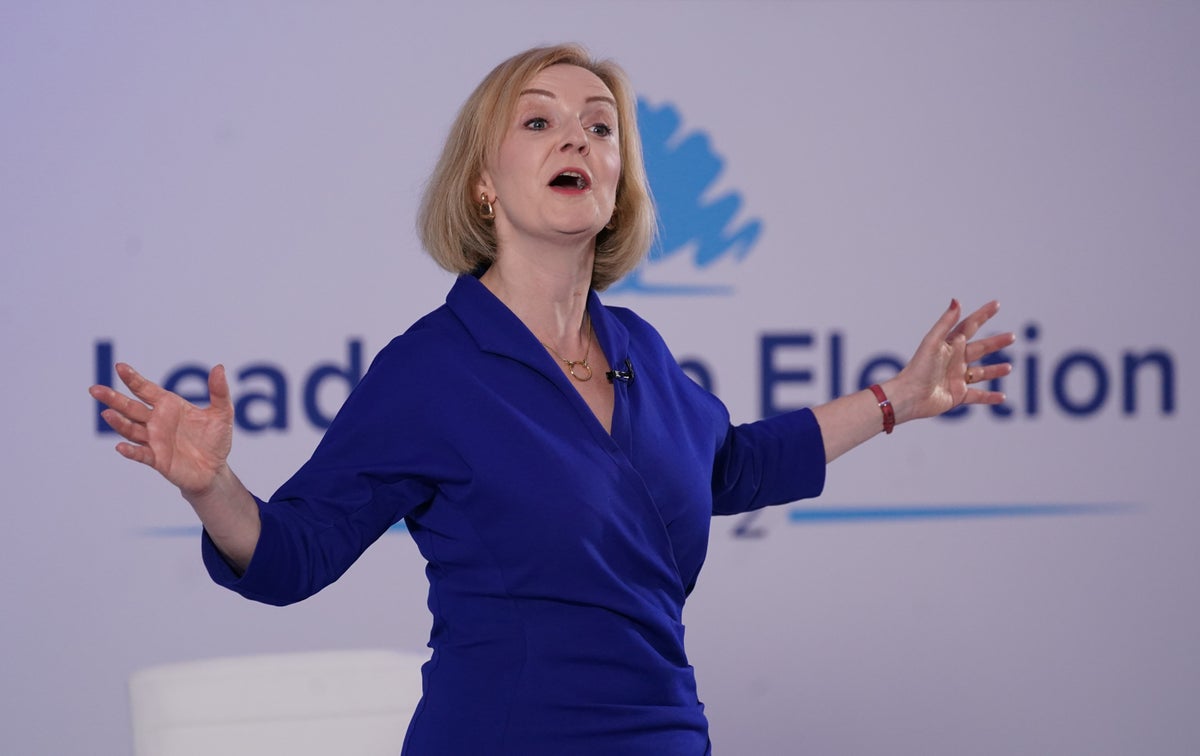 Liz Truss has been accused of a “woeful” lack of judgement and risking harm to diplomatic relations with France after she said the “jury’s out” on president Emmanuel Macron.

The foreign secretary told Tory members at a leadership hustings in Norwich on Thursday that she was undecided as to whether her counterpart in Paris was “friend or foe”.

A number of issues have affected the UK and France in recent months, including boat crossings in the Channel and travel chaos at Dover, which Truss blamed on the French authorities.

Truss and her rival candidate Rishi Sunak were asked a series of quickfire questions, including their views on Macron, at the hustings.

“The jury’s out,” she responded to loud applause from Tory members. Truss then added: “But if I become prime minister, I would judge him on deeds, not words.”

The former chancellor, who remains the underdog in the Tory race, had quickly answered “friend” when asked the same question about Macron.

“At a time when the West must stay united in the face of Russian attempts to divide us, the fact the foreign secretary has chosen to needlessly insult one of our closest allies shows a terrible and worrying lack of judgement,” he said.

He added: “Liz Truss’ decision making has clearly become clouded by weeks and weeks of playing to the gallery of Tory members rather than focusing on the country.”

Former Tory minister and peer Gavin Barwell tweeted: “You would have thought the Foreign Secretary was aware we are in a military alliance with France”.

Commentators referred to her remarks “lamentable” and “weapons-grade idiocy”, with the Times columnist Hugo Rifkind tweeting: “You look at this and you think, ‘How could somebody who says this ever be PM?’ And then you remember she’s already foreign secretary.”

Elsewhere in the hustings, Ms Truss conceded that if it were a choice between relying on France or China for nuclear expertise, she would pick France.

Taking questions in front of an audience of Tory members, she said: “I’m very clear that we need to boost our nuclear industry including Sizewell, including the small modular reactors that are produced in Derbyshire.

“Frankly, I would rather that we do have more homegrown nuclear expertise, and regrettably we lost that because we failed to do these things 20 years ago, or 30 years ago,” she said. “If it’s a choice between relying on France and relying on China, I would take France.”

It comes after Ms Truss distanced the UK from the prospect of a project of being part of a wider European political community following a meeting between Boris Johnson and the French president in June.

The Elysee Palace insisted that the PM had expressed interest in the idea, which would see non-EU states such as the UK involved.

Ms Truss denied the UK had ever been on board with such a proposal, saying afterwards: “That is not true. I don’t know the exact words that President Macron has used, but we have not agreed to that.”

Asked whether she bought into “his political and economic community”, she replied: “No.”

In July, she said delays to the journeys of holidaymakers near Dover were the fault of French authorities and had been “entirely avoidable”.

However, a French politician blamed Brexit for the chaos.

Pierre-Henri Dumont, Republican MP for Calais, said the problems at the Kent port would reoccur, telling BBC News: “This is an aftermath of Brexit. We have to run more checks than before.”

Those born, eating and drinking in India should be called ‘Hindus’: Kerala Governor

Rising to the climate change challenge