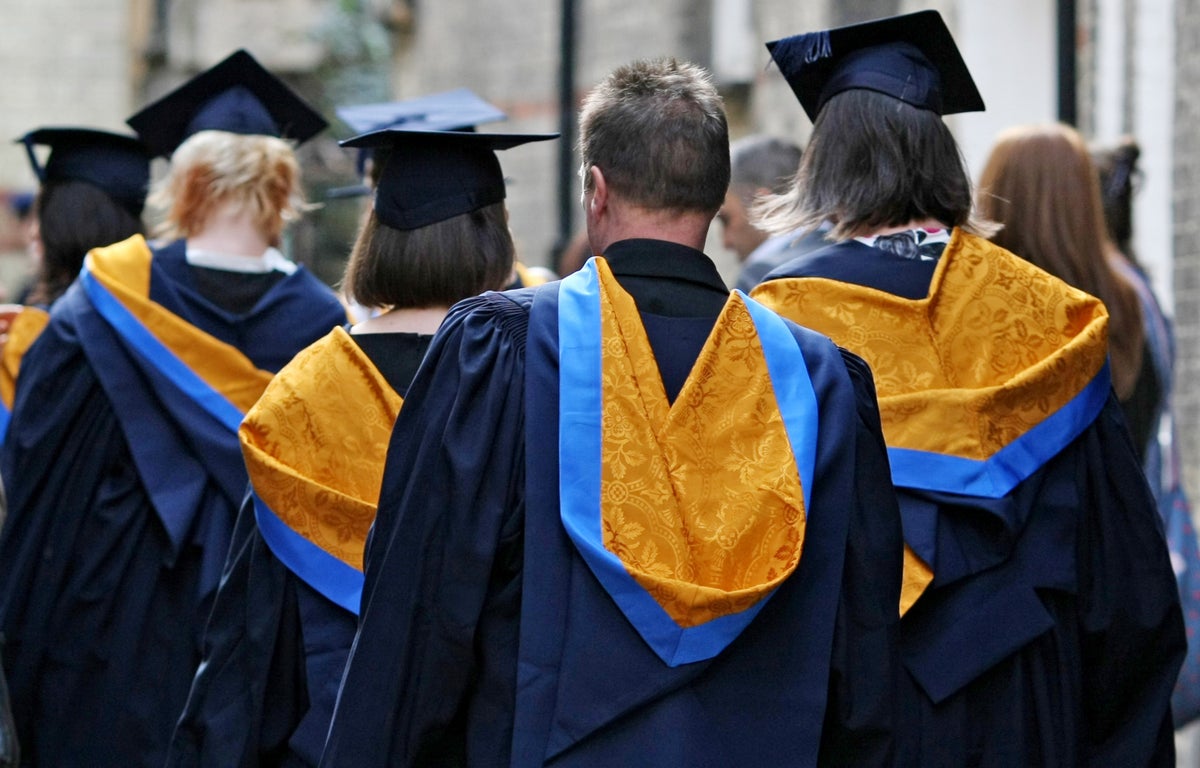 Three universities are being investigated after a “sharp rise” in the number of first class and upper second class grades awarded to students.

It is believed to be the first time the Office for Students (OfS) has officially probed institutions over grade inflation since gaining new powers earlier this year.

The regulator refused to name the universities under investigation on Friday. “We expect to publish further details in due course, as our investigations progress,” it said.

The OfS said it had “identified potential concerns that require further scrutiny” at the institutions. But it stressed this was not to be interpreted as wrongdoing at this stage.

The higher education regulator has vowed to clamp down on grade inflation at UK universities, warning this risked undermining public confidence in the value of degrees.

Have you been affected by this story? Please get in touch with zoe.tidman@independent.co.uk

It released figures last month showing the proportion of first class degrees more than doubled in just a decade – up from just under 16 per cent to 37 per cent in the 2020-2021 academic year.

The OfS gained new powers to clamp down on grade inflation earlier this year.

It introduced a new regulatory condition earlier this year, which requires universities to “assess students effectively and award qualifications that are credible and stand the test of time”.

The new investigations will be looking at whether the three universities are complying with this condition.

Earlier this year, the OfS director of quality hit out at grade inflation as the regulator released new figures looking at how the proportion of top degrees has increased over time.

“Significant and sustained increases in degree classifications risk public confidence in higher education and could undermine the value of students’ hard work,” Jean Arnold, its director of quality, said.

“The steady growth in higher degree classifications over many years, especially first class degrees, has led to concerns that degrees have lost their value over time.”