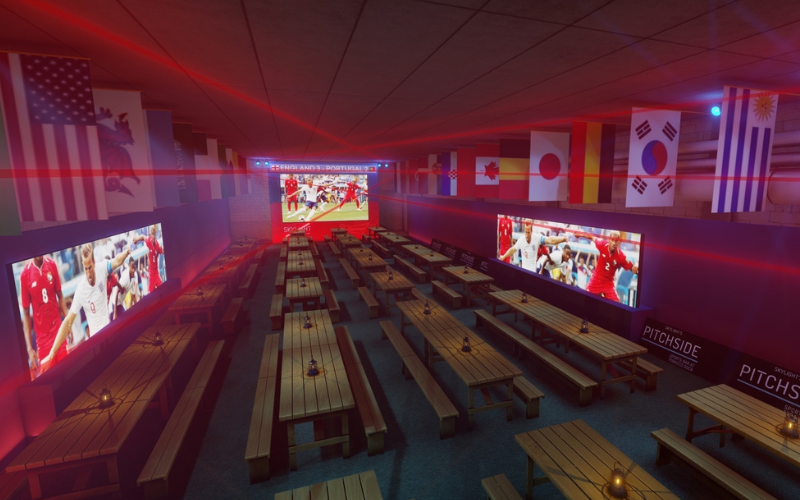 We’ve had a good couple of years when it comes to international football, with England reaching the final of the Euros last year and the Lionesses going one better by winning the tournament this summer, and now we’re gearing up for the World Cup this winter (and hopefully another England victory). Skylight in Tobacco Dock is making sure there’s room for everyone to catch the matches by opening what will be the biggest sports bar in the UK on level 2 of the Grade I-listed warehouse space.

With a capacity of 500 and full weather-proofing throughout, Pitchside will not only be screening every single game of the tournament, it’ll be the ultimate fan zone, with a player’s tunnel on entry, a top-notch sound system and five cinematic LED screens over 5 metres long, ensuring every seat will have a view of the action. As well as being entertained by the skills on the pitch, Pitchside will also have live hosts, half-time and post-match DJs, and bars pouring drinks until 1am to really up the stadium vibes.

A range of ticket packages including reserved seating, open bar access and street food menus are available now with admission for England games coming in the autumn.