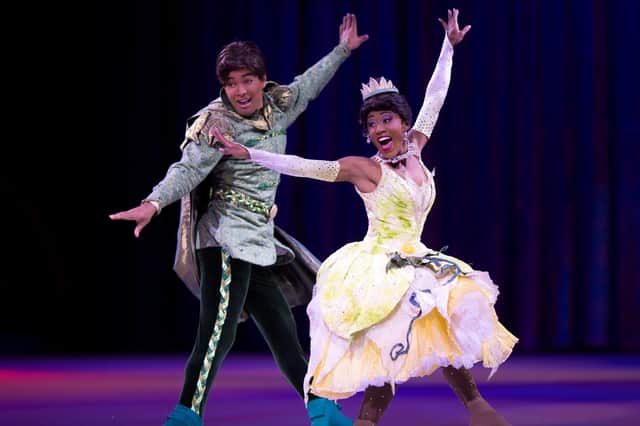 Disney on Ice will be touring the nation (photo: Feld Entertainment, ©Disney, ©Disney/Pixar)

Courage leads the way for Disney’s most adventurous heroes when Mickey Mouse and Minnie Mouse lead a journey through your favourite Disney tales old and new.

Disney On Ice presents Dream Big brings to life the magic of Disney’s tales through world-class figure skating, transporting audiences to exciting worlds where heroes seek to fulfil their dreams.

Join the fearless Moana and the greatest demigod that ever lived, Maui, on an action-packed voyage to restore the stolen heart of Te Fiti. Explore the Land of the Dead as Miguel from Disney Pixar’s Coco brings the festivities of Día de los Muertos to the ice. Get tangled up in Rapunzel’s hair-raising quest to see the floating lights. Travel to the kingdom of Arendelle with Anna, Elsa and Olaf in a dramatic retelling of the sisterly love that saved a kingdom. And discover the strength, bravery and kindness that has inspired generation after generation with Jasmine, Ariel, Aurora, Belle and Cinderella.

Share every magical moment filled with breathtaking ice skating and beloved Disney songs and stories that give everyone a reason to believe at Disney On Ice!

After tickets were excitedly snapped up fast by eager families in Sheffield, Disney On Ice has added an additional date to its Sheffield portion of the tour.

The genie from aladdin dancing on the ice (photo: Feld Entertainment, ©Disney, ©Disney/Pixar)

Why the charming Swiss canton of Ticino is a must-visit