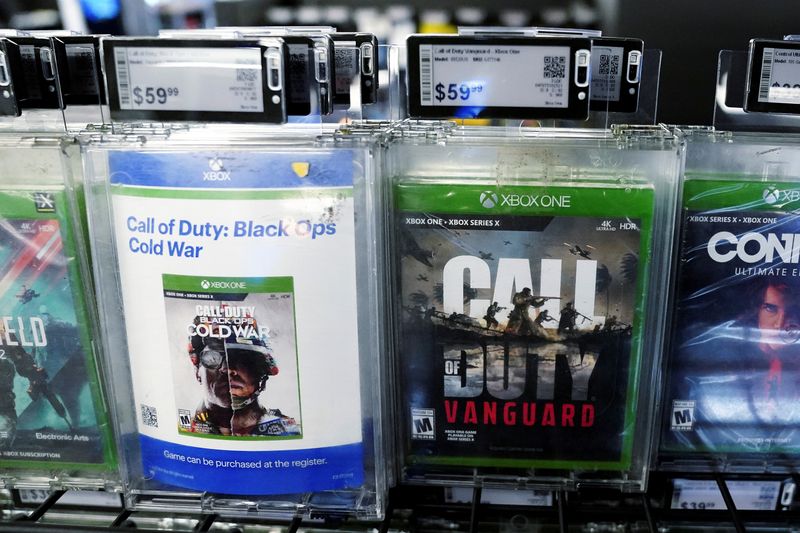 By Amna Karimi and Radhika Anilkumar

The deal, announced in January, will require approval in the United States as well as other major jurisdictions including the European Union and China.

Britain’s Competition and Markets Authority (CMA) said earlier this month the takeover of the videogame publisher maker could hurt competition in gaming consoles, subscription services and cloud gaming if Microsoft refused to give competitors access to Activision’s best-selling games.

The regulator had given the companies until Sept. 8 to submit proposals to address the CMA’s concerns.

On Thursday, the CMA added that Microsoft informed the regulator that it would not be offering any undertakings.

Microsoft did not offer any remedies during the preliminary investigation because the CMA typically prefers significant concessions in the first phase, a person familiar with the matter said.

Microsoft, on the other hand, reiterated its statement from early September saying that it is ready to work with the CMA on next steps and address any of its concerns.

Activision did not immediately respond to Reuters’ request for comment.

Reuters previously reported that Microsoft would pay a $3 billion break-up fee if the deal falls through, according to a source familiar with the matter, suggesting the company was confident of winning antitrust approval.

“We welcome today’s announcement by the UK Competition and Markets Authority (CMA) that it has opened a full-scale investigation into Microsoft’s proposed acquisition of Activision.

“By giving Microsoft control of Activision games like Call of Duty, this deal would have major negative implications for gamers and the future of the gaming industry. We want to guarantee PlayStation gamers continue to have the highest quality gaming experience, and we appreciate the CMA’s focus on protecting gamers.”

Lloyds, Taylor Wimpey, and the UK Economy with Alan Green

You can buy pints for just 6p at UK pubs with secret Jubilee codeword...