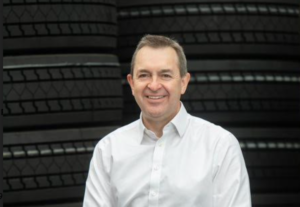 Halfords is to merge a number of consumer and commercial business functions throughout the business, which has lead  to a number of senior management changes taking place.

First up is Chief Operating Officer Andy Randall who is set to retire from corporate life after 45 years in the business. Randall originally joined Halfords back in 1977 and rejoined in 2014 as COO having worked for a number of large corporations, including Castrol, in the interim.

While at the black-and-orange retailer, Randall oversaw the expansion of Halfords Autocentres which included the acquisition of rival chains including McConechys and National Tyre.

Replacing Randall as COO, Rob Keates will move from his role as Chief Transformation Officer Keats has been with the business for two years, having previously been Head of Retail at O2. since joining Halfords he has been instumental in building the push bike business Tredz, a responsibility he will retain alongside managing retail, garages, ‘Mobile Expert’ units as well as central operations.

Customer and commercial teams will be brought together under the leadership of Halfords’ old hand Karen Bellairs, who retains the title of Chief Customer and Commercial Officer.

Huge ‘Party in the Park’ coming to Birkenhead with live music, games and more

Love Island fans ‘work out’ who new bombshell Remi will couple up with on...

The Rhythm Method Is All Over TikTok. Here’s What Women Need...