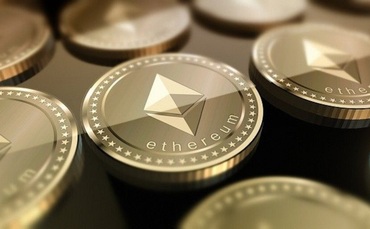 The software upgrade, better known as ‘The Merge’, has been in the works for years and was completed on Thursday morning.

Following the update, Ethereum has moved from the previous proof-of-work (PoW) consensus mechanism to the PoS system, which is friendlier to the environment.

‘The Merge represented the official switch to using the Beacon Chain as the engine of block production,’ Ethereum said.

‘Mining is no longer the means of producing valid blocks. Instead, the proof-of-stake validators have adopted this role and are now responsible for processing the validity of all transactions and proposing blocks.’

Ethereum says no transaction history was lost in the move.

‘As Mainnet merged with the Beacon Chain, it also merged the entire transactional history of Ethereum.’

According to German research firm Crypto Carbon Ratings Institute (CCRI), Ethereum’s power usage is anticipated to decrease by a staggering 99.988% after the Merge.

The network previously used over 23 million mWh annually – enough to run about 2.3 million average American homes for a year – but in the future, it could require a little over 2,600 mWh a year.

This dramatic change should slashes Ethereum’s overall carbon dioxide (CO2) emissions by 99.992% – from 11 million tonnes a year to about 870 tonnes.

The Merge eliminates Ethereum’s reliance on the proof-of-work consensus method, which required significant processing power from all the nodes in the Ethereum blockchain.

It is likely that the demand for GPUs, which miners bought en masse to perform calculations, will fall dramatically as a result.

In a report released last week on the environmental effects of cryptocurrencies, the White House said that crypto asset activity in the USA is comparable to the nation’s greenhouse gas emissions from railroad diesel fuel.

Ethereum’s value rose more than fivefold last year, outperforming Bitcoin, in part due to confidence around the Merge.

Since reaching record highs in November, however, both coins have struggled, with Ethereum down more than 50% this year – although that is due to the wider crypto crash, rather than a loss of confidence in the Merge.

There is a lack of consensus among experts about the next directional move for Ethereum.

While some think the Merge will be transformational and considerably increase Ethereum’s value, other analysts are less optimistic.

The outcome of the Merge will ultimately determine what happens to Ethereum’s price over the next months.

The results will have significant effects not only for the Ethereum network but also for the whole cryptocurrency market, since an update of this size is vulnerable to bugs and other technical issues.

How many monitors can I plug into my Mac, anyway?

Apple’s missteps, like its triumphs, are seen by the entire world

The EW BrightSparks class of 2022 honoured at IET Savoy Place