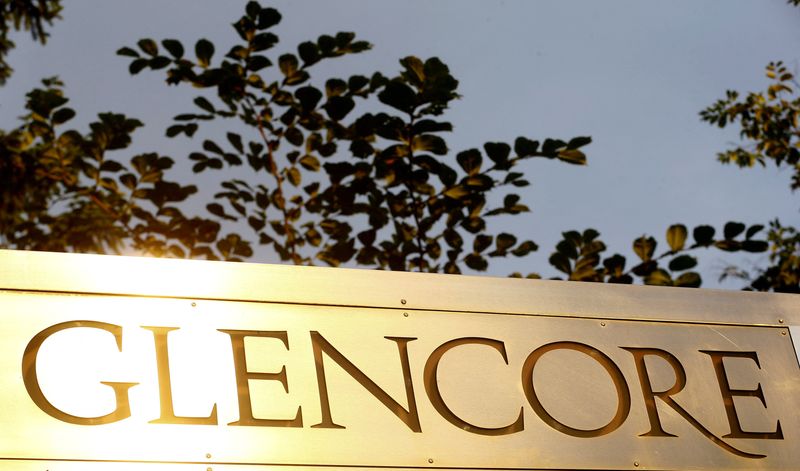 © Reuters. FILE PHOTO: The logo of commodities trader Glencore is pictured in front of the company’s headquarters in Baar, Switzerland, July 18, 2017. REUTERS/Arnd Wiegmann

By Clara Denina and Pratima Desai

LONDON (Reuters) – Mining and commodity giant Glencore (LON:) is looking to add lithium to the suite of metals it trades, as the raw material is in hot demand due to the rapidly growing production of electric vehicles (EVs), two sources with knowledge of the matter said.

If it goes ahead, the Switzerland-based company’s trading team would be part of the zinc and business run by Jyothish George and Nick Popovic, the sources said.

The company does not own lithium mines but produces copper, nickel and cobalt, other raw materials that it terms “commodities of the future,” as they are needed to manufacture batteries, electric cars and renewable infrastructure that will help the world transition to a greener economy.

It has, however, made a push in lithium-ion battery recycling, investing $200 million in North American company Li-Cycle Holdings Corp and joined forces with startup Britishvolt to develop a new battery recycling plant in England, as governments and companies boost efforts to turn old batteries into new ones.

As the auto industry gears up to shift to making only EVs – spurred on by proposed bans on fossil-fuel cars in the next decade or so – the pressure to produce environmentally and socially responsible batteries has increased.

Prices of EV battery materials have therefore soared, with lithium reaching record highs over the last year on strong demand from the auto sector and Chinese battery makers.

China remains the world’s largest lithium processor, while proposed rival projects in the United States and Europe have faced a range of setbacks.

In the first half of 2022, Glencore’s trading division made record profits of $3.7 billion, far exceeding the long-term annual outlook range and accounting for over 40% of total earnings, partly due to shortages during protracted COVID-related lockdowns and the war in Ukraine.

Apple has a surprise up its sleeve for this year’s iPhone event: People