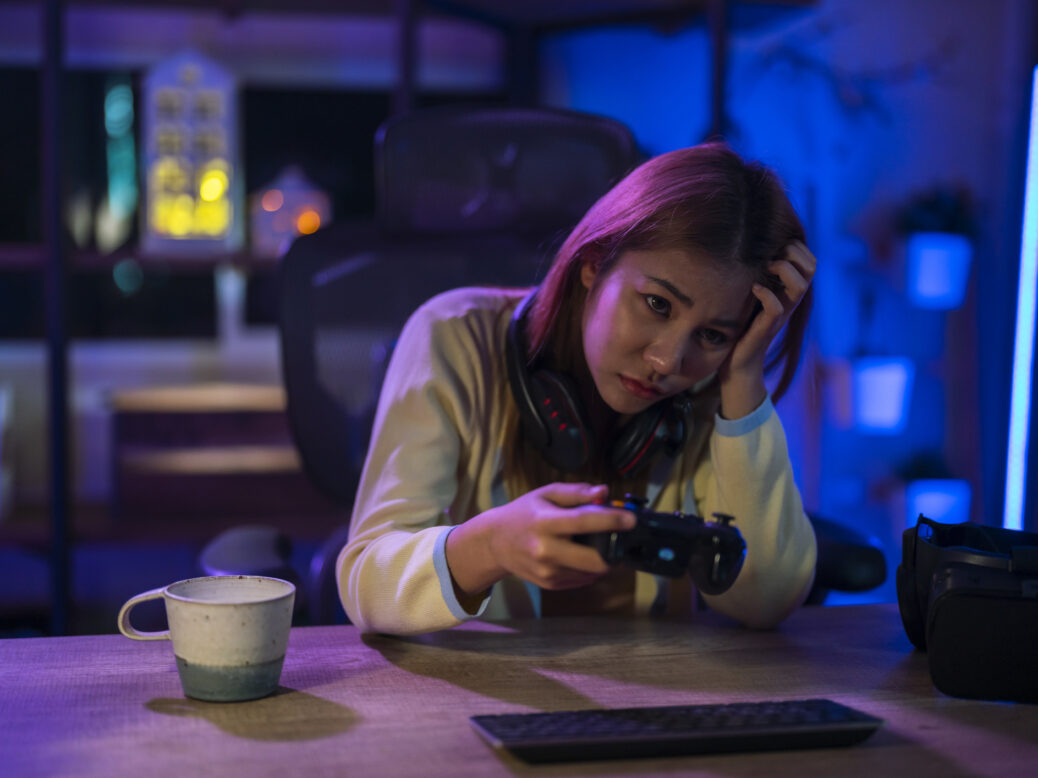 Video games keep levelling up. The graphics become more realistic and fantastical by the day, the gameplay grows smoother and the storylines have become so good at pulling at heartstrings that there’s hardly a franchise out there that doesn’t have a movie or TV series adaptation in the works.

Today, the video game industry is worth more than both the music and movie industries combined. So why are people suddenly concerned that it is heading towards game over?

The reason is that they have cause to be alarmed. Despite people having embraced video games during the pandemic to shield them against the monotony of lockdowns, the once hailed “recession-proof” sector is showing a bit of wobble.

Leaving the social restrictions of the Covid-19 years behind has left people eager to open themselves up to real experiences. At the same time, the video game industry is hobbled with supply chain issues and constant title release delays.

Vladimir Putin is also to blame for the woes of the industry. When Russia invaded Ukraine, the Moscow stopped any financial recovery the world may have enjoyed from the coronavirus crisis. Instead, national banks around the world have issued warnings about skyrocketing inflation. There are even whispers of a recession at the door.

Together, these factors are expected to cause video game sales to decline in 2022 for the first time in years. For a sector that’s gone from strength to strength in the last decade, that could be a serious confidence buster.

The 2010s sent video game industry into the stratosphere

The gaming industry is a very different beast from what it was 10 years ago. As technology grows, so does the accessibility and interactivity of gaming software and hardware.

The 2010s saw the introduction of some key gaming moments that has pushed the video game industry into the stratosphere. The future relies heavily on four major trends: gaming subscriptions, mobile gaming, esports and cloud gaming.

Let’s start with gaming subscriptions. It’s hard to imagine gaming without subscription services in 2022, but before 2010, they were nowhere near as prevalent. Playstation Now, Xbox Game Pass and EA Access are now just a few of the monthly/annually paid services that offer gamers content. Google Stadia also fits into this category, but Alphabet has been scaling back the project over the past year.

Mobile gaming is another key area for the industry. Gaming on mobiles in the 2010s moved a long way away from just playing Snake on your Nokia brick phone. Tencent Games’ battle royale PUBG Mobile bagged a whopping 100 million downloads in the first four months of its life. Pokemon Go had the world leaving their homes and travelling the world to find AR Pokemon and has raised over $400bn in lifetime revenue.

“Mobiles now have a very strong affinity to games with it offering the option for users to play games on the move from wherever they like,” Arunabh Madhur, regional VP and head of business EMEA at internet technology company SHAREit Group, tells Verdict.

“It has also become more accessible for consumers to use mobile for gaming instead of purchasing additional hard copies of games and video games consoles.”

Esports is a third area of fierce competition, both among the players participating in the games and the companies who develop them.

Competitive gaming is now at the forefront of mainstream culture. Games like Fortnite and CS GO hold global competitions with multimillion-dollar prizes. American YouTuber Kyle Giersdorf caused a media frenzy when he bagged $3m in a Fortnite World Cup at just 16 years old.

Cloud gaming is the fourth area for gaming aficionados to keep abreast of. The 2010s saw more technology heavyweights enter the industry and push forward cloud gaming. Google dropped its cloud gaming service at the end of 2019, which allowed gamers to stream titles directly through the cloud without the need for hardware with powerful specs.

So why is the industry wobbling now?

The game sector has grown over the past decade, culminating in an explosive boom during the pandemic. Combined sales of games, consoles and subscriptions totalled a whopping $191bn globally in 2021. According to Ampere Analysis, this is due to drop by 1.2% to $188bn this year.

However, things are changing. People are spending less money on gaming than they were last year. Some analysts have attributed the decrease to society moving back out of lockdowns and going outside more.

“Gaming was a vital entertainment channel for many people during Covid-19 lockdowns,” Rupantar Guha, analyst at GlobalData, tells Verdict.

“The industry enjoyed a rapid influx of new users in 2020, which resulted in revenue growth. While the trend continued to 2021, it is not surprising that the momentum is slowing in 2022 as the impact of the pandemic subsides.”

This certainly makes sense for console gamers who were locked inside and gaming at home. But mobile gaming which took in a revenue of around $119bn in 2021 has actually seen the biggest setback, according to NPD Group.

A number of factors can be seen for the whole industry’s decline. Global inflation is the obvious one. With the cost of living going up, purse strings are becoming increasingly tighter.

Another is supply issues with gaming hardware which heavily impacted the launch of Sony’s Playstation 5. The manufacturing speed needed to keep up with the demand was impossible to achieve due to chip shortages, making the console an extremely hard piece of kit for gamers to get their hands on.

Shortages also affected PC gamers who wanted to upgrade their machines, as graphic cards and processors were also in low supply.

“For instance, gaming companies need to address the shortage of chips that power gaming devices and speed up the critical game art design units to launch delayed games.”

It’s true, 2021 saw one of the most delay-filled years in all of gaming’s history will have had a knock-on effect into 2022. A survey of over 3,000 industry professionals found that 44% of them had to delay a game during the pandemic.

Can gamers remain hopeful for the future?

Despite all of these obstacles and setbacks for the industry, many analysts expect the industry to continue to grow. While some have notably put the controller down after the pandemic, some are expected to have stayed.

The global gaming market is expected to be worth $321bn by 2026, according to PwC’s Global Entertainment and Media Outlook.

But in order for the future to remain bright for gaming, Guhar believes companies must “invest in disruptive themes to ensure long-term growth”.

This comes as companies like Meta and its subsidiary Oculus as well as Sony continue to innovate and release virtual reality (VR) headsets, which are becoming an increasingly popular way to game.

VR gaming was worth a respectable $1.1bn in 2020 but analysts have predicted seeing the market grow to $2.4bn by 2024, Plarium report. That is despite skepticism that VR gaming has been hailed as the next stage in entertainment since the 1980s, but that the revolution has still to materialise.

Disruptive themes like VR and the metaverse bring in their own challenges for the video game industry. Security being one of the most pressing.

As challenges continue to mount on the industry, gamers continue to flock in their millions to the latest release. Whether that’s on console, mobile, PC or VR – it’s safe to say that the gaming industry isn’t going anywhere anytime soon.

GlobalData is the parent company of Verdict and its sister publications.

Stranger Things: New Spotify Playlist Tells You Which Song Would Save You From Vecna