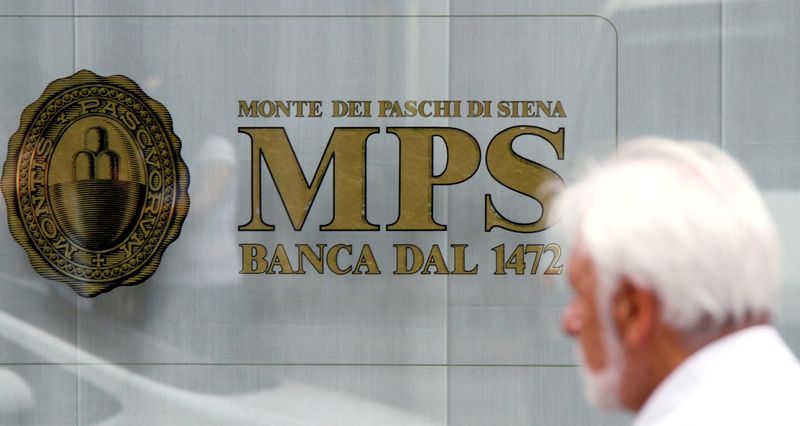 By Pamela Barbaglia and Valentina Za

Lovaglio has been holding off from engaging in negotiations with AXA and Anima over the share sale despite interest from the two partners to invest in MPS as part of strengthened commercial alliances, the sources said on condition of anonymity.

Closer ties could hamper MPS’ future search for a merger partner as the state seeks to cut its 64% stake. The banks organising the stock issue, however, have long seen the need for cornerstone investors, sources had previously said.

Given current market prices, the banks face the difficult task of placing new shares valuing MPS at a more expensive multiple than stronger peers such as UniCredit (LON:).

After informal meetings in London with AXA and Anima top executives on Thursday, which were first reported by Bloomberg News, Lovaglio has agreed to engage in long-deferred negotiations next week, two of the sources said, adding that it was unclear whether this would lead to an agreement.

Lovaglio has repeatedly said discussions around the cash call had to remain separate from any revision of the commercial agreements MPS has in place with asset manager Anima and insurer AXA.

He has been striving to raise funds without their involvement by mid-November to cut costs through an expensive early retirement scheme for staff.

But volatile markets amid recession fears make it hard to attract buyers for a bank that is worth just 300 million euros after burning through 25 billion euros of investors’ money since the global financial crisis.

Lovaglio’s reluctance to engage with AXA and Anima has irked some of the banks that have signed a preliminary commitment to mop up unsold shares, one of the sources said.

Time to revise the partnerships is now tight, with MPS planning to launch the cash call by mid-October to secure the funding by mid-November.

Anima could contribute up to 250 million euros towards MPS’ capital raise, when including an upfront payment for the improved partnership terms, a source had previously said.

Led by Bank of America (NYSE:), Citigroup (NYSE:), Credit Suisse (SIX:) and Mediobanca, the group of banks handling the capital raise can walk away from the deal if feedback from investors is negative.

The banks have no firm commitment in hand from any investors yet, a person close to the consortium said.

Even investors who have long-standing relationships with Lovaglio, such as French entrepreneur Denis Dumont, want to wait to see the outcome of Italy’s general election on Sunday, another person close to the matter said.

MPS must secure private funds to avoid breaching European Union rules on state aid. The state is allowed to cover 64% of MPS’ capital raise based on the size of the stake it acquired after a 2017 bailout.

Italian rules expiring after November – which allow people to go into retirement up to seven years before their pension age – are forcing MPS to raise cash at a time when investors are waiting to gauge the depth of an expected economic recession in Europe. ($1 = 1.0164 euros)

Skate parks and shooting cabins: do the super-rich care nothing for their neighbours? | Catherine Bennett

A small African kingdom has skiing, while Europe is sweating in the summer heat

3 Scotland talkers as Steve Clarke’s side earn comeback win over...