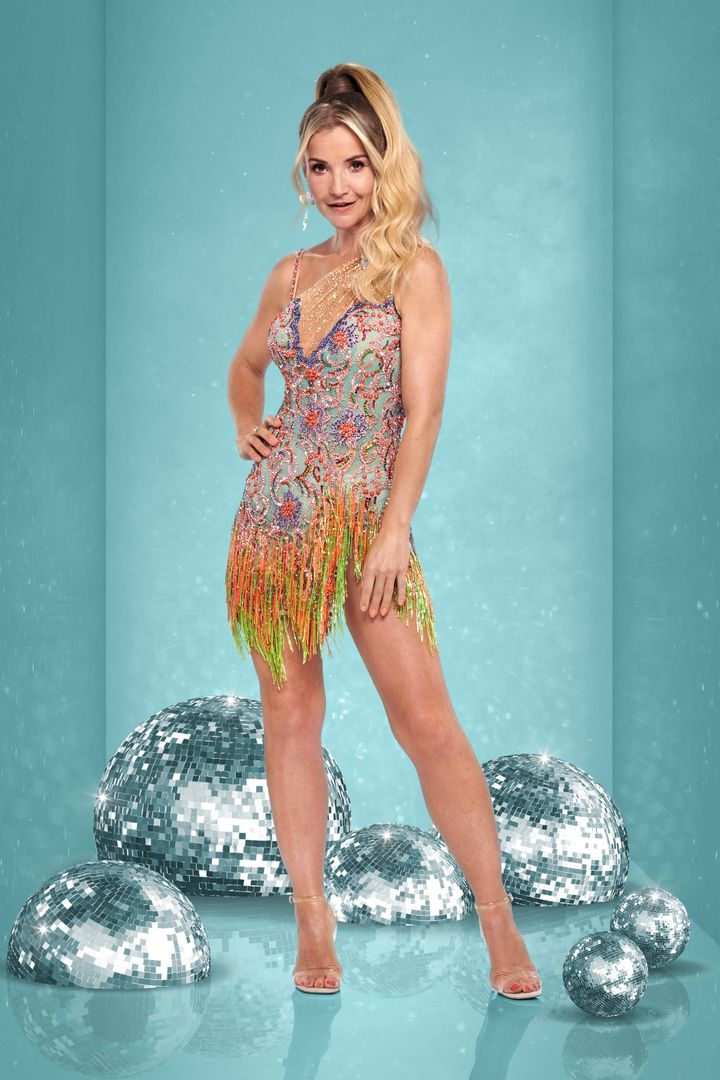 Helen Skelton has opened up about her motivation for signing up for this year’s series of Strictly Come Dancing.

The former Blue Peter presenter is one of 15 celebrities currently in training for Strictly’s landmark 20th season, which kicks off on Friday night with its annual pre-recorded launch show.

Asked what inspired her to take part in Strictly, Helen admitted: “I just wanted to do something fun!”

“It was a good chance for my family to see me smiling,” she continued. “And it’s a fun adventure.

Helen also shared that she’s particularly looking forward to getting “Strictly-fied” ahead of her first performance, joking: “I have three children under seven, a very energetic dog and have lived in a house renovation for the best part of three years, so Strictly-fy me up please!”

Before filming this year’s launch show, Helen told HuffPost UK that she’s already enjoying the social side of being on Strictly, as her job often requires her to work on her own.

“In our world you’re often on your own – not in a lonely way, it’s just the nature of your work. If I do radio, I’ll be on my own. Whereas with this, it’s nice to be around people that are in the same world. And it’s nice to be sharing something in a team, it’s that team mentality.”

She added: “When I did Antarctica [with Blue Peter], they intentionally got me a non-English-speaking soundman, because they wanted me to be on my own.

“Like, a real explorer would be on their own, [so they said that] if I was with an English-speaking crew, everyone would be like, ‘go on Helen!’, and they wanted me to have the real experience. So for this… that’s why I’m talking a lot!”

Strictly returns to our screens on Friday night at 7pm on BBC One, with the first live show of the series airing the following night.

A lesson in ‘Reaganomics’: the clash between theory and reality could be fatal for Prime Minister Liz Truss and the Tories | Politics...

Who is Romesh Ranganathan? – The Sun

‘Like a Pilgrimage’: Thousands queued for hours to pay their respects to the Queen

Why this Garmin user switched to the Apple Watch Ultra

The South Western Railway warns the participants of the marathon about...