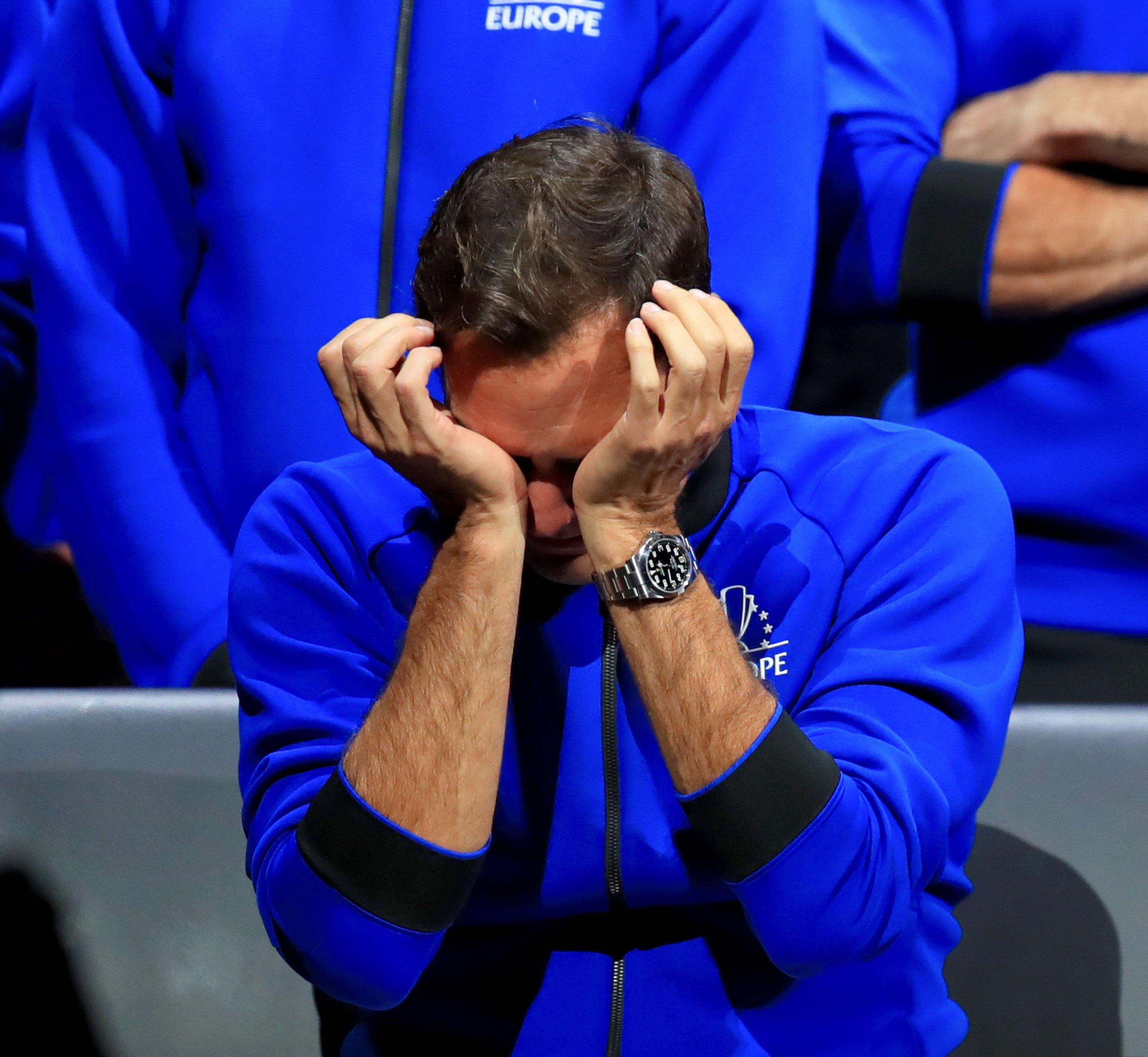 SINGER Ellie Goulding has been mocked after singing an emotional goodbye to tennis legend Roger Federer at the Laver Cup.

An emotional Roger Federer broke down in tears after playing his final ever tennis match at the Laver Cup.

And in a tribute to the 41-year-old Swiss star, Ellie Goulding, 35, was hired as surprise and belted out her iconic tunes, Falling For You and Let It Burn.

Taking to social media, viewers coined it as a “bizarre” choice to hire the blonde beauty for the spot.

One person penned: “Can we skip this Ellie Goulding performance. Like why is this happening.”

Another added: “Just two guys sharing an emotional moment whilst Ellie Goulding sings Falling For You.”

A third in agreement wrote: “The decision to let Ellie Goulding perform tonight is the wrong call. Bizarre even. There was no montage of Federer’s career as she sang.”

After the match Federer gave his last ever post-match interview and quickly got tearful despite saying he was happy.

Everyone inside the O2 Arena was on their feet applauding the 20-time grand slam champion and there was barely a dry eye in the house as even Nadal wiped away a tear.

Reflecting on his last match, Federer said: “It has been a wonderful day, I told the guys I am happy not sad.

“Being here with the fans, my family and friends, it didn’t feel stressful – even though I thought I might block a back or something. I’m happy I got through it. The match was great. I couldn’t be happier.

“I didn’t want it to feel lonely out there. To say goodbye in a team, well I thought I was a team player at heart.

“It does feel like a celebration to me. That’s exactly what I hoped for. I was happy to play tennis and spend time with my friends. It has been a perfect journey, I would do it all over again.

“Everybody is here tonight, which is great. My wife has been so supportive.

“She could have stopped me a long time ago, but she didn’t. She let me carry on playing, which is amazing.”

One Analyst Points To Fed Meeting Hurdle, Another Predicts ‘Break Out’ By Benzinga