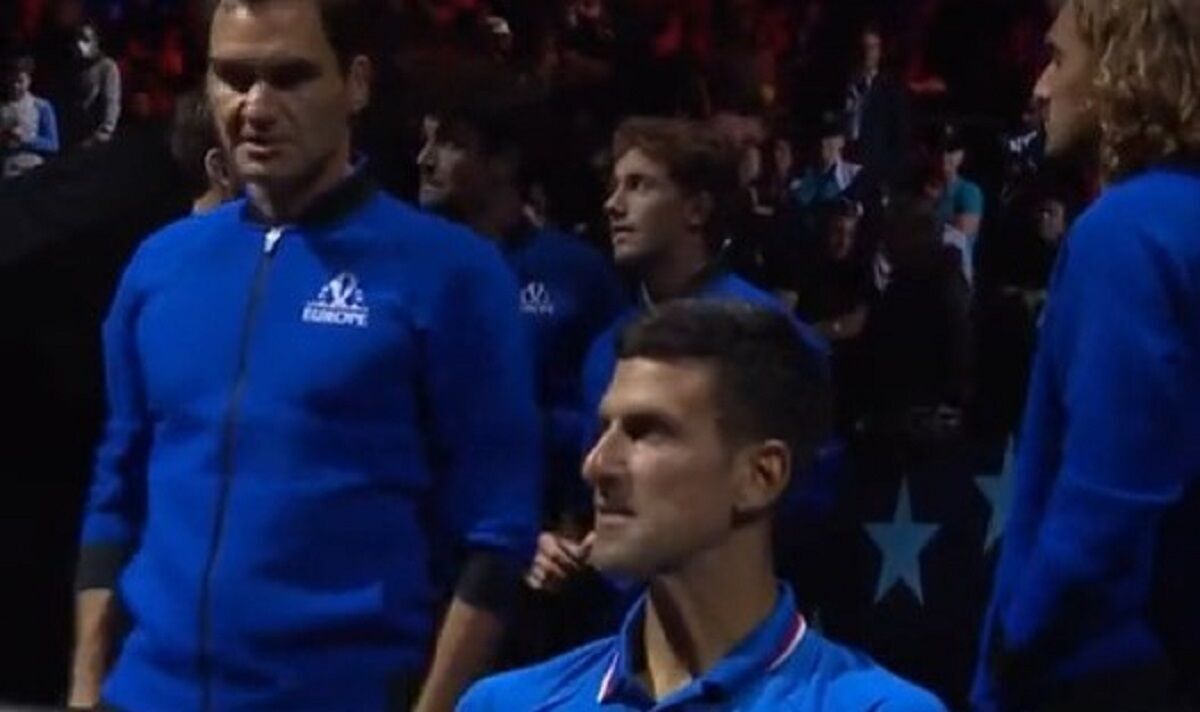 Roger Federer was left in awe of his long-time rival Novak Djokovic after the world No 7 needed just 23 minutes to take the opening set of his Laver Cup match against Frances Tiafoe. Djokovic is playing his first match since winning Wimbledon more than two months ago but looks as strong as ever after taking a 6-1 lead, earning a compliment from Federer.

Djokovic is on double duty for Team Europe on day two of the Laver Cup, playing his first match of the weekend against Tiafoe in the singles before staying on court to pair up with Matteo Berrettini as they face Team World’s Jack Sock and Alex De Minaur. It marks the 35-year-old’s first match since he won Wimbledon in July after being unable to play in the United States.

But the 21-time Grand Slam champion looked as dominant as ever as he cruised to a one-set lead over the in-form American, dropping just one game in the 23-minute set. And with a performance so solid, he left one of his biggest rivals in awe during the changeover.

While members of Team Europe often coach each other during the sit-downs on the team bench, Federer needed to do nothing but compliment Djokovic on his form. “No but also from the baseline it’s amazing,” he said of the Serb’s game.

JUST IN: Nadal asked how he wants his retirement to be after Federer farewell