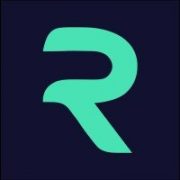 Cornet has software development experience in fintech and web3 environments and was previously CTO and co-founder of Vybe, a French challenger bank that launched in September 2019 but closed down last month after running out of money. Vybe raised €4.6 million in funding and onboarded more than 40,000 customers prior to its closure.

Cornet is also the founder of Freyja Software, a web2 and web3 start-up founded in 2018.

Founded this year and headquartered in Portugal, Rauva aims to build an app for Europe’s Mediterranean region, providing country-specific, automated and integrated banking and financial management tools with a focus on SMEs and freelancers.

Rauva aims to launch in early 2023, starting with Portugal and Spain before expanding globally. It claims to have received “multi-million dollar” funding to kickstart its operations.