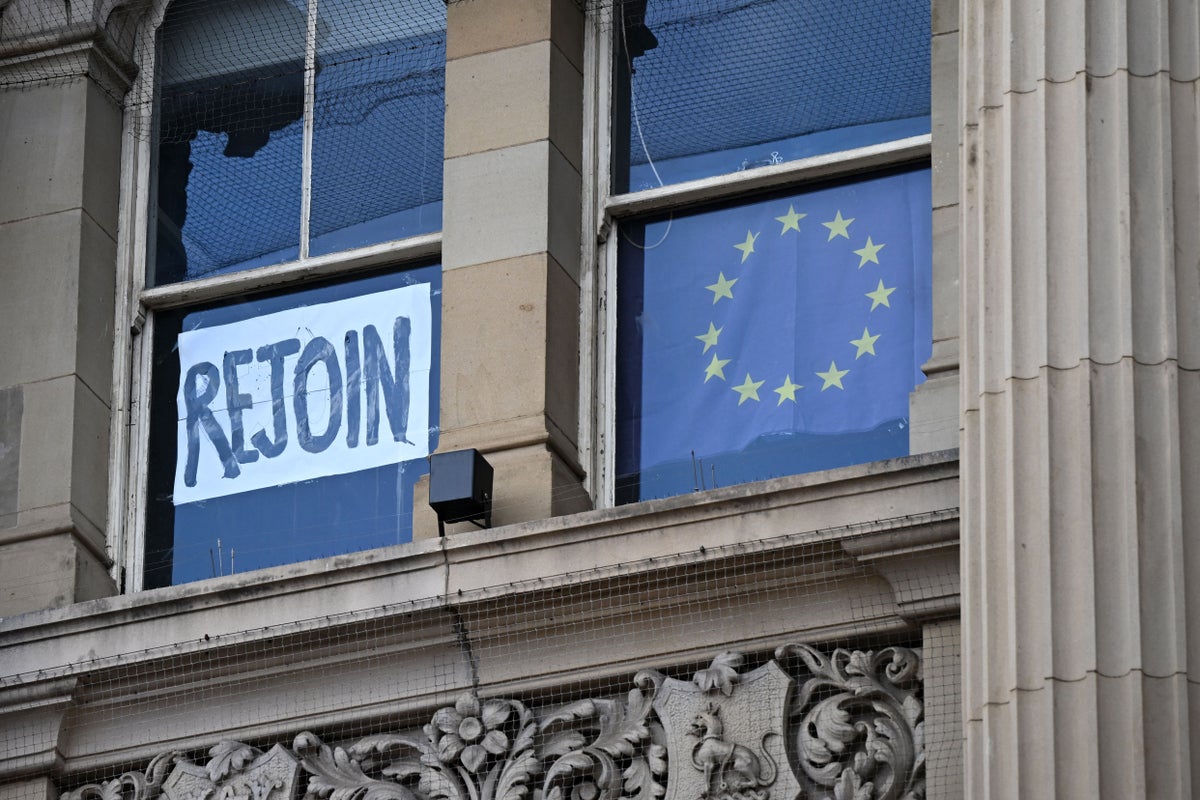 Sign up to our Brexit email for the latest insight

Britons would now vote to rejoin the EU in a second referendum by a record 14-point margin, a new poll has found.

A tracker poll found support for reversing Brexit is now at 57 per cent, compared to just 43 per cent who want to keep it.

Support for rejoining has steadily ticked up since the start of this year – with ‘out’ still ahead as recently as May this year.

But the survey by Redfield and Wilton Strategies for the UK in a Changing Europe think-tank shows the picture has changed quickly amid economic and international turmoil.

Professor Sir John Curtice, a respected political scientist at the University of Strathclyde, said that the shift may be down to changes in the economic situation – and suggested the trend may continue.

“In reporting on the poll in February we noted that evaluations of the economic consequences of Brexit were particularly strongly related to changes of mind about being inside or outside the EU. This pattern is replicated in the latest poll,” he wrote in an analysis of the findings.

The professor said it seemed “highly likely that a darkening of the public mood on the economic consequences of Brexit helps explain the increase in support for joining the EU” and added that it should not be ruled out “that the financial turbulence of recent weeks may at least have helped to reinforce that mood”.

“What happens to the economy and the country’s fiscal finances in the coming weeks and months may not only be crucial to the Conservatives’ future electoral prospects, but also for the continuing level of support for Brexit,” he said.

Sir John noted that 2016 Remain voters who would now vote to stay out of the EU were much less likely (40 per cent) than those who would vote to join again (85 per cent) to say that the economy was weaker as a result of Brexit.

“A similar difference exists between those 2016 Leave voters who would vote to stay out and those who would now back joining,” he noted.

But despite the strong public opinion shift towards wanting to rejoin the EU, no major political party is actively campaigning to do so.

Labour leader Keir Starmer said again this week there was no chance of his party taking Britain back into the EU.

“It’s straight no from me. We’re not going back into the EU,” he told LBC radio, adding that he wanted to “make Brexit work”.

Even the Liberal Democrats, who in 2019 said they wanted to rejoin the EU without even putting it to a referendum, have only set out a tentative roadmap for rejoining the bloc’s economic single market.

A dream combination of culture and comfort in the TUI Blue For Families Atlantica...

Can UK face yet another political crisis?