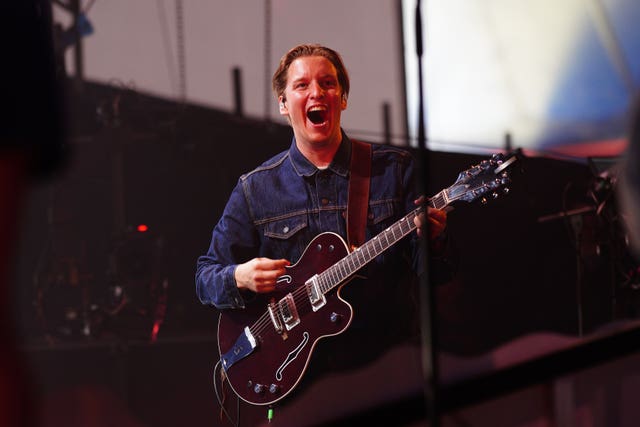 Pulp, Paolo Nutini and George Ezra have been announced as the 2023 headliners of Latitude Festival.

The four-day event in the grounds of Henham Park, Suffolk, will also host The Kooks, Metronomy, Paul Heaton and Jacqui Abbott, Black Midi and The Lightning Seeds as part of its music line-up.

It will also see the return of The Guest Chef restaurant, featuring a menu curated by a different famous face each day, and the Mind, Body & Zen area for meditation, yoga and workshops.

Sheffield band Pulp will headline the Friday night after announcing a comeback tour marking the 25th anniversary of their album This Is Hardcore.

Saturday night will see Scottish singer-songwriter Nutini take to the main stage after his recent album Last Night In The Bittersweet gave him his third consecutive UK number one.

After a number of performances at Latitude over the years, Brit Award-winning singer Ezra returns to close the event on the Sunday.

Also featured in the line-up are The Proclaimers, Sophie Ellis-Bextor, Young Fathers, The Beths, The Big Moon and The Dinner Party.

Aardman animations will offer model-making sessions run by experts who have worked on some of the company’s best loved films, including Wallace & Gromit, Chicken Run and Shaun The Sheep.

Further details about the comedy, dance and theatre schedule will be announced later.

This summer’s Latitude was headlined by Snow Patrol, Lewis Capaldi and Foals.

Weekend tickets go on sale on Monday November 4 at 9am.

Who were the Cray twins Ronnie and Reggie? – The sun

Children under 12 can eat free over summer holidays as Cowplain restaurant offers helping...