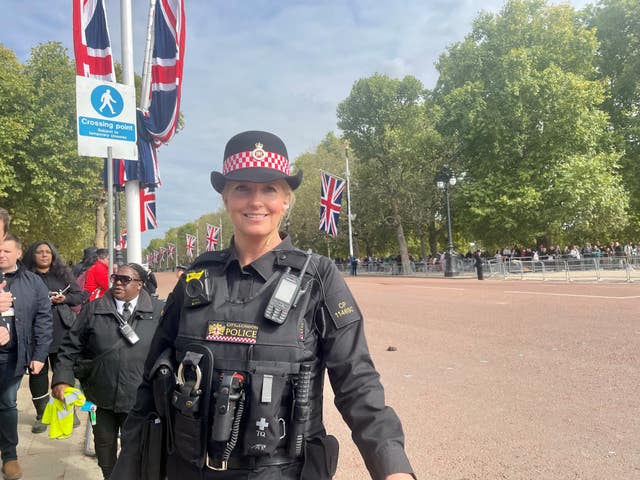 Penny Lancaster has revealed that she initially mistook her menopause symptoms for Covid-19 and was mistakenly prescribed anti-depressants by her doctor before accessing hormone replacement therapy (HRT).

The British former-model and TV presenter was recently revealed as one of the famous faces fronting the Let’s Chat Menopause campaign, which aims to tackle the stigma surrounding the menopause.

Speaking on ITV’s Lorraine, 51-year-old Lancaster spoke candidly about her own experience, saying: “When I first had my symptoms, it was during lockdown. So initially, I thought maybe I’ve got Covid because of the heat, the flushes, but it wasn’t just, ‘oh give me a minute,’ they were disrupting my sleep so then I couldn’t function during the day…

“And it wasn’t until I spoke with the ladies on Loose Women, that they said, ‘I recognise what you’re going through Penny’.”

She added: “My doctor, unknown to him obviously are the symptoms of the menopause, he gave me anti-depressants, so I was on them for a long time until I got HRT.”

Lancaster also admitted to initially using excuses in an attempt to explain the way she was feeling, before accepting she was going through the menopause.

She told Christine Lampard, who was covering hosting duties for Lorraine Kelly: “Not every single woman suffers the same way. Some managed to sort of find almost excuses…

“I remember thinking, maybe it was because my husband was diagnosed with prostate cancer, maybe it’s because my father had a heart attack or maybe because it’s lockdown, and you’re constantly in denial.

“I think one of the things is that maybe you’re thinking, I’m not getting that old. How can it be menopause? I’m not ready for that.”

Lancaster, who is also the wife of rock singer Sir Rod Stewart, advocated for women to be offered free, or heavily discounted HRT, saying: “We’re not asking for extra, we’re just asking for our hormones back, we’re asking to feel normal.

“So if the government could just give us what they’ve promised and bring in, ideally, free HRT but if not, a huge discount on it, because it’s just too much especially the way things are right now.”

Lancaster also credited taking HRT with helping her start her new career as a police officer: “HRT, I feel, has credited me and given me a new lease of life,” she said.

Later adding: “I’ve got a new lease of life and started a new career, and like you said, so many women have to give up their careers [due to the menopause].”

Lancaster began volunteering with the City of London Police after appearing in the Channel 4 show Famous And Fighting Crime, in which celebrities swapped their day jobs with those of emergency service professionals.

She later completed her training to become a special police constable for the force in April 2021.

In September, Lancaster took to the streets of central London as part of the force policing the Queen’s funeral procession.

Lorraine airs every weekday on ITV at 9am.

Steve Clarke and his gifted young Scotland side can dare to dream after joining...