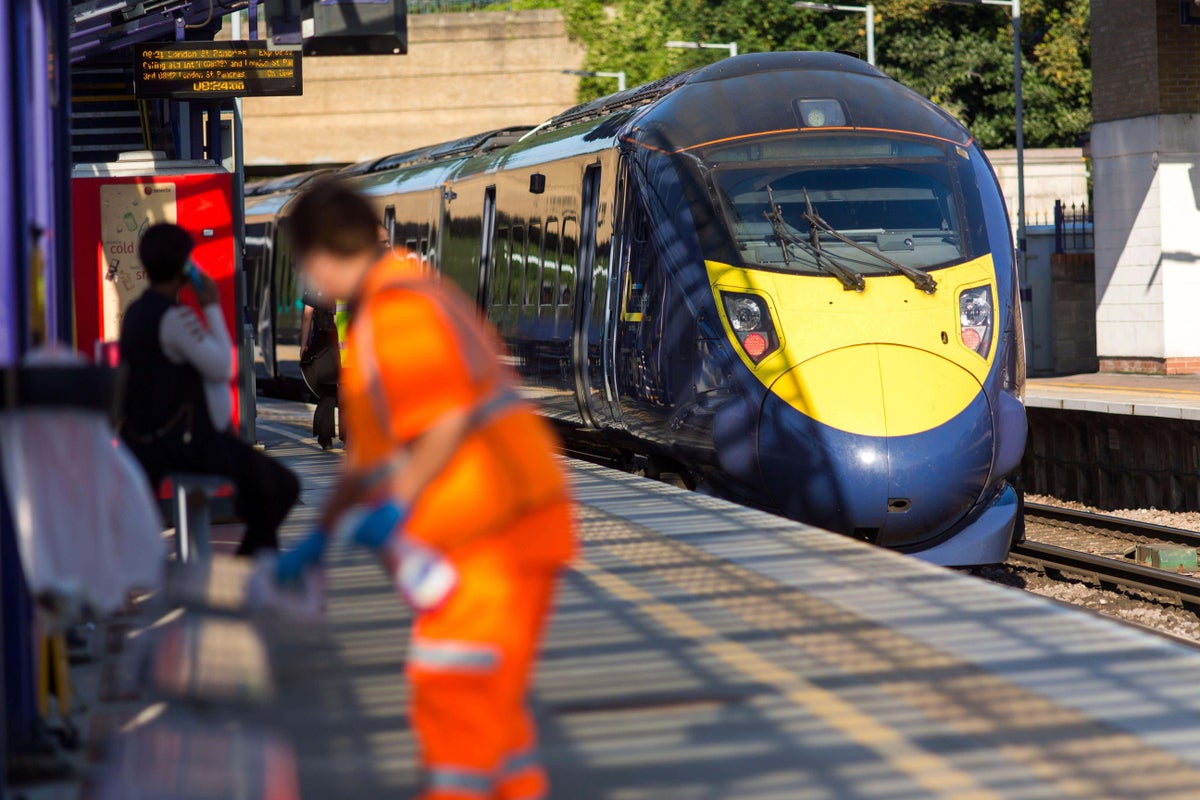 round 1,500 rail cleaners are to be balloted for industrial action over pay.

Members of the Rail, Maritime and Transport union (RMT) employed by a number of contractors will vote in the coming weeks on whether to launch a campaign of action.

The move follows a survey of 1,000 cleaners by the union which found that more than one in 10 were using food banks and a third were relying on credit cards to pay for bills.

The union is demanding hourly pay of £15, company sick pay, decent holidays and good pensions from the companies, which the RMT said are making huge profits.

RMT general secretary Mick Lynch said: “Cleaners need a pay rise, company sick pay and holiday entitlement if they are going to get through the cost-of-living crisis.

“For too long contracted out cleaners have been treated as second class workers on the transport network.

“We have successfully won better terms and conditions on several contracts, including free travel on London Underground.

“However, there now needs to be a national push from RMT to ensure no cleaner is left behind.

“They are part and parcel of our industrial trade union, and we are calling time on greedy contractors everywhere.”