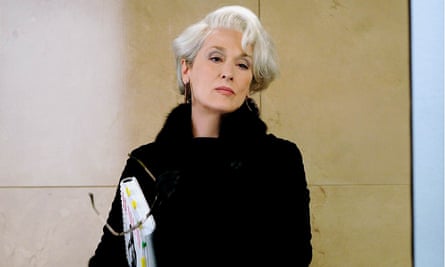 The picture painted of the fashion world in Triangle of Sadness, Ruben Östlund’s Palme d’Or-winning film, is not a kind one. Its title refers to a pair of frown lines that sit between the eyebrows. It’s one of the most Botoxed areas of a person’s face, probably because (as the name suggests) they only appear when you’re unhappy, and no one wants that.

This particular triangle belongs to Carl (Harris Dickinson), an ageing (he’s 24) male model with soft strawberry hair and a gentle pout. We meet Carl at a casting for an unknown fashion brand; as soon as he’s out of earshot, the panel discuss whether his triangle needs Botox. Old, unhappy Carl is unable to smooth his out.

The rest of the film, in cinemas now, continues to lampoon the industry and the super-rich who consume its wares – and aptly takes place on (and off) a $250m luxury yacht where Nutella is helicoptered in and champagne runs freely. The yacht’s ecosystem, from the toilet cleaners up to the oligarchs, serves as a sort of allegory for global consumer capitalism. A case in point: Carl and Yaya, his model/influencer girlfriend, aren’t paying for the holiday because Yaya – played by the late actor Charbli Dean – is beautiful. Rich without a penny to her name? Such is the life of an influencer.

But this is not a film just about fashion. It’s about the precarity of beauty-as-currency in a world where money equals power. Carl and Yaya use their looks to get ahead, but as Yaya points out, even self advancement has a shelf life – and when disaster strikes, this is brought into stark relief. After all, what use is a Rolex on a desert island?

So how accurate is the film’s portrayal of the fashion industry? I hadn’t come across the term “triangle of sadness” before. Nor had a facialist I asked before writing this. Based on that, it would be easy to dismiss the film as apocryphal. It’s not the first time fashion has been used in a film as an avatar of moral corruption, as Cruella, Miranda Priestly and Mugatu can attest. But speaking as a fashion journalist, moments in the film – however hyperbolic – left me watching from behind a pillow.

At Yaya’s fashion show, the front row are glued to their phones in the specific way people are at a catwalk show (it’s a way to kill time without having to make small talk). The show itself opens with a statement about the climate crisis, while a nonsensical sentiment – “cynicism masquerading as optimism” – flashes across a giant screen behind the catwalk. Fashion’s desire to resolve the climate emergency while contributing to it remains a problematic issue, however many platitudes it throws at it.

The film was populated by those in the know: Östlund’s wife, Andrea, is a fashion photographer, and acted as an adviser. Östlund also cast Ann-Sofie Back – a real Swedish fashion designer who once had a concession in Topshop and later described herself as “the world’s least appreciated designer” – in a minor role alongside Dean, herself a former model, and stylist Robert Rydberg, who is currently senior fashion editor at Vogue Scandinavia. In fact, it’s Rydberg who asks about Carl’s triangle, possibly not for the first time in his career.

At times, the film becomes heavy-handed. Moments before the catwalk show starts, three guests are asked to move from their seats to make room for others higher up the pecking order. The feudalism of the front row is well documented and notorious – and painfully internalised by anyone who works in fashion. But no one would get moved like that. They would simply find another seat for them.

Equally, getting an entire row to shuffle down one seat, which happens here, wouldn’t occur today. Imagine asking – to use the front row at Tom Ford in September 2022 as an example – Anna Wintour and Madonna to budge up. Front rows are often benches instead of individual seats for this reason. Still, Östlund is trying to make a point about hierarchy, and that does exist. After all, an unknown like Carl wouldn’t be allowed to sit in the front row (the horror!) to start with.

As for the Botox comment, “that simply wouldn’t happen,” says Jess, a 28-year-old former model who’s walked for Yves Saint Laurent and Prada. “I was always terrified I would look wrong or mess up and my career would be over like that. But no one would dare suggest you had [Botox], at least not while you are in the room, and especially not in 2022.”

Generally speaking, however, Triangle of Sadness is on the nose, and one brilliant scene left me feeling most queasy (no mean feat given the film’s 15-minute vomiting sequence): standing against a wall, Carl is asked to alternate between the expressions used to sell Balenciaga and the ones you’d see on an H&M billboard. Switching between surly (Balenciaga) and happy (H&M), the speed and accuracy with which he moves his expressions is not just Oscar-worthy. It exposes the emptiness of his job.

It was a hot day in Paris, and we were midway through the couture shows when an editor fell over while running to her seat. As she lay on the ground beneath a Rodin sculpture, with what turned out to be a metatarsal injury, I watched fellow attendees step over her body to get to their seats. I stayed back to help her up, not because I’m a hero, but because what else could I do? When I finally got inside, I watched a fellow journalist and opportunist (row 2) steal my seat (row 1). A simple transaction, but oh, how revealing.

ITV This Morning’s Holly Willoughby loses it live on show thanks to viewer’s ‘brilliant’...

Weather forecast in London: on the anniversary weekend in the capital will warm up...