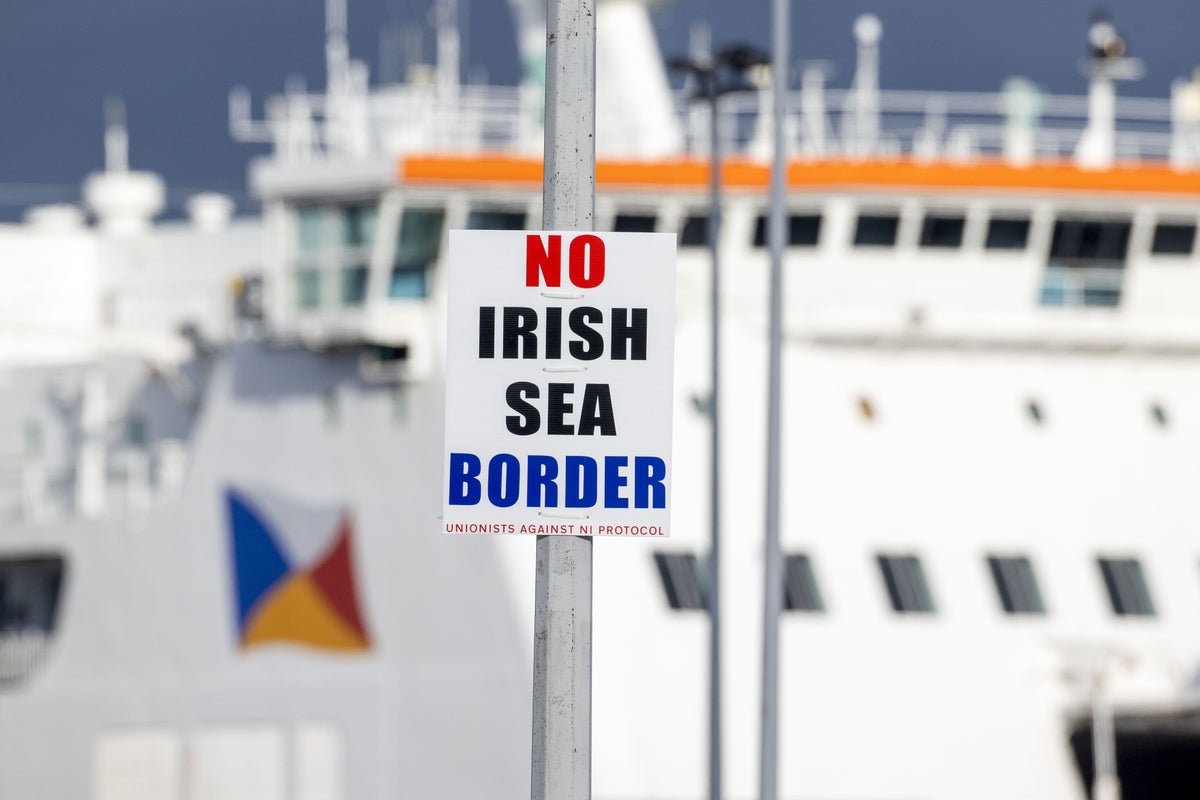 he stalemate between the political parties in Northern Ireland which has caused the latest collapse of devolved government can be traced back to the Brexit withdrawal agreement in January 2020.

The agreement cementing the UK’s exit from the European Union came just weeks after the New Decade New Approach accord which resurrected Stormont following a three-year collapse.

January 24 2020: The 2016 vote by the UK to leave the EU was formalised after several years of negotiation during which Northern Ireland and its border with the Republic of Ireland turned into one of the trickiest issues.

How to manage the UK’s only land border with the EU was hoped to be resolved with the Northern Ireland Protocol which, instead, placed checks in the Irish Sea.

December 31 2020: The Brexit transition period between the UK and the EU ended at 11pm, which saw the start of the implementation of the protocol, albeit with a number of grace periods.

February 1 2021: Hostility towards port staff from Loyalists who oppose the sea border separating Northern Ireland from the rest of the United Kingdom prompted Stormont’s Department of Agriculture, Environment and Rural Affairs (Daera) to halt checks on animal-based foodstuffs at Belfast and Larne ports.

Daera said the pause was necessary to protect the welfare of its employees after graffiti appeared in the area describing port officers as “targets”.

The party rank and file lay some of the blame for the emergence of an Irish Sea border at her door.

June 30 2021: Sir Jeffrey Donaldson takes over at the DUP helm. He vowed “to right the wrong that has been done by the imposition of the Northern Ireland Protocol and to restore Northern Ireland’s place fully within the UK internal market”.

September 9 2021: Sir Jeffrey announces his party will no longer engage with north/south political structures established under the 1998 Good Friday Agreement as part of their campaign against the protocol.

February 3 2022: DUP withdrew First Minister Paul Givan from the Stormont Executive in a protest move to force the UK to act on their concerns over the protocol.

March 30 – April 5 2021: Rioting in areas across Northern Ireland is blamed on tensions caused by loyalist opposition to the protocol.

May 25 2021: A delegation from the DUP tell UK’s lead Brexit negotiator, Lord Frost, the Northern Ireland Protocol must be scrapped.

Sir Jeffrey said: “Our message was clear and unambiguous, the protocol must go and the Government should take further unilateral action to restore our province’s full and unfettered access to the United Kingdom internal market.”

June 5 2021: Hundreds of people turn out for the first in a series of anti-protocol rallies which took place in Portadown.

November 3 2021: A rally against the protocol on the loyalist Shankill Road is followed by serious rioting at a nearby peace line.

Rallies against the protocol, many addressed by Sir Jeffrey Donaldson and TUV leader Jim Allister, continue at locations across Northern Ireland in the lead-up to an Assembly election.

May 30 2022: Assembly sits following a recall petition, but an attempt to elect a speaker to allow business to proceed failed after the DUP refused to support it.

June 13, 2022: The Northern Ireland Protocol Bill, designed to effectively override sections of the deal is introduced in Parliament.

August 3: Another recall of the Assembly sees DUP again refuse to support any nominations for a new speaker.

October 18 2022: Northern Ireland Secretary Chris Heaton Harris confirms he will call a fresh Assembly election as required by law if a new executive has not been formed by the October 28 deadline.

October 27 2022: A final recall of the Assembly to attempt to elect a speaker fails just hours before the deadline to form an executive or face an election.

Sinn Fein blamed the impasse on the DUP’s refusal to nominate ministers to a new executive, while the DUP said the UK Government could have introduced legislation to delay an election for action on the protocol.

Sir Jeffrey said turbulence at Westminster, including the resignations of Boris Johnson and then Liz Truss as Prime Minister in recent months, means the Government would be within its rights to secure more time to sort out the protocol.

October 28 2022: Mr Heaton-Harris confirms he will call an Assembly election, but does not set a date as he was widely expected to do.