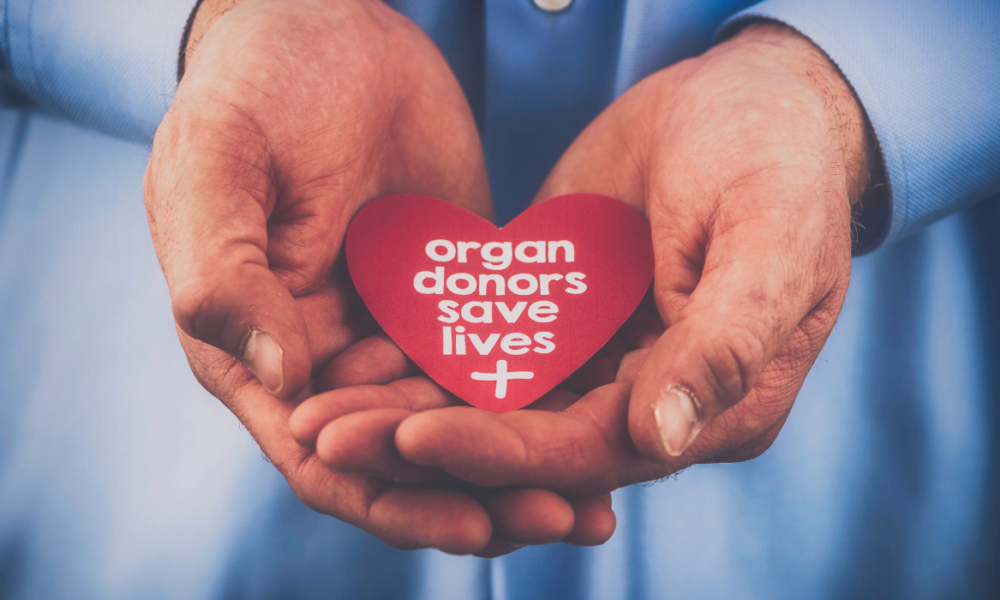 With many patients being denied life-saving transplants due to cannabis use, new research calls for a fresh approach.

New findings published this month question the thinking that cannabis consumption may be a risk factor for complications following organ transplants.

Despite a lack of conclusive evidence, patients have previously been denied potentially life-saving transplants due to their cannabis consumption.

A 2019 paper stated that some healthcare providers in the US were prescribing medical cannabis to terminally ill patients who were then denied the lifesaving operations they needed, describing it as a ‘catch-22’ situation.

The issue is so prevalent that at least eight states have made it illegal to deny a transplant solely based on cannabis use.

According to the publication Salon, reasons for patients being denied the surgery range from the legal status of cannabis, to fears that it can increase fungal infections or cause the body to reject the new organ.

However two new studies appear to throw these fears into disrepute.

Cannabis ‘not a risk factor’ for liver transplants

A paper published in this month’s issue of The American Journal of the Medical Sciences examined the results of liver transplants on individuals who consume cannabis.

Among the 111 consumers included in the study, 29% received a liver transplant. The remaining 79 were denied surgery for varying reasons, including insurance or financial issues, with 41 explicitly denied for ‘continued marijuana use’ as one of several non-compliance problems.

Information including postoperative infections, medication non-compliance, and continued substance use was collected up to one-year post-surgery.

The authors found ‘no statistical difference’ in outcomes between those who consumed cannabis and those who didn’t including incidence of cardiac, respiratory, renal, psychiatric, or neurological complications, as well as readmission rates.

Additionally, there were no significant associations between cannabis use and post-transplant bacterial or fungal infections.

The authors concluded: “Our data indicates that marijuana is not associated with increased risk of postoperative noncompliance, other organ complications, infections, or death. As a single factor, marijuana may not need to be a contraindication for LT [liver transplants].”

The findings are consistent with some previous studies including a 2021 paper which found ‘no adverse impact’ on post-transplant outcomes.

A new approach to cannabis and heart transplants

In a separate paper, researchers and cardiologists have called on the medical establishment to reassess its approach when it comes to heart transplants.

Transplantation is a life-saving option for patients with end-stage heart failure, but unanswered questions surrounding the legality and acceptability of cannabis use has prevented many patients from receiving transplants.

Researchers from Indiana University School of Medicine concluded the medical and scientific establishment should expand its understanding of cannabis use and heart transplantation, suggesting the potential for a completely new approach to determining transplant candidacy.

The paper, which was drawn from an analysis of more than 200 publications, reviews pre- and post-heart transplant considerations related to cannabis use. It also compares relative clinician attitudes toward cannabis and opiates.

Surveys of transplant centre practices showed large disparities in how cannabis users were treated. Some centres had explicit prohibitions against cannabis use in patients seeking heart, lung, liver, and pancreas transplants.

Lead author Onyedika Ilonze, MD, an assistant professor of medicine at IU School of Medicine and member of the Cardiovascular Institute, and his team found many of the reasons clinicians choose not to pursue transplantation in patients who use cannabis are based on old data or have no scientific basis.

Whether people who use cannabis should be considered candidates for transplant is controversial, Ilonze said.

“This is a dilemma in a time of increasingly favourable legislation regarding medical and recreational cannabis use. The dilemma is compounded by a rising need for heart transplants,” he commented.

“Clinician bias, lack of consensus, and a dearth of research limit standard decision-making and worsen disparities in heart transplantation.”

However, more evidence is needed to understand the link between cannabis and immunosuppressants, which are prescribed to patients following a transplant, before any firm conclusions can be made.

While previous studies have investigated outcomes in kidney and liver transplant recipients, they found no similar reviews for heart transplants.

“Clarifying this will move us forward and help us establish a standardised evaluation process.”