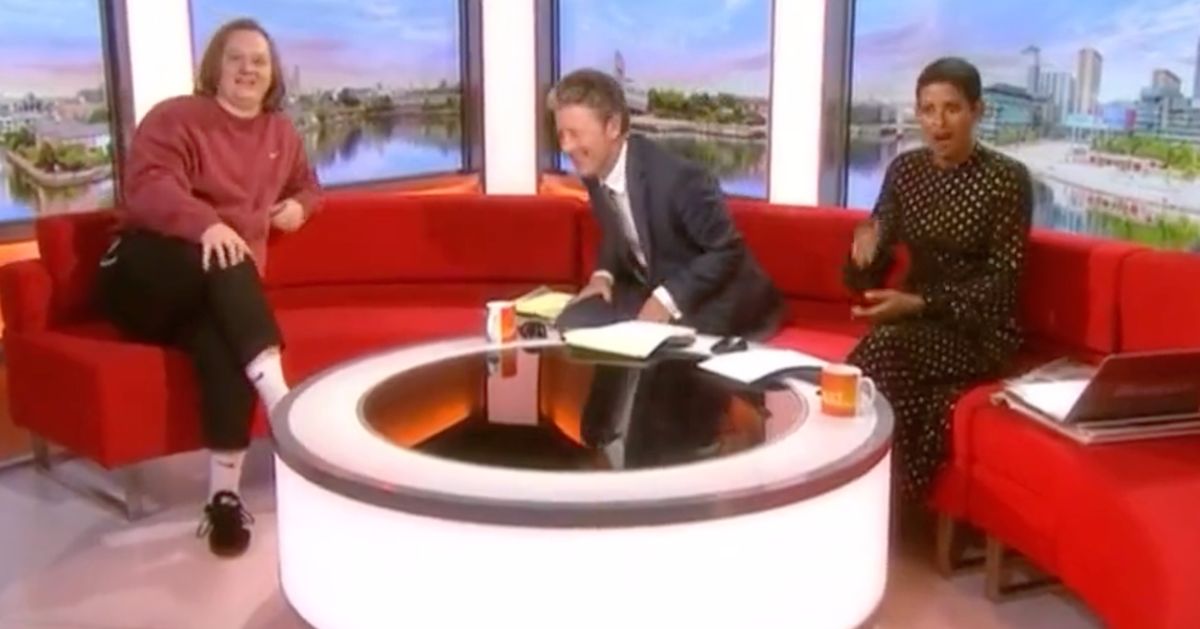 There’s always some laughs guaranteed when Lewis Capaldi pops up on TV and his appearance on BBC Breakfast on Saturday proved to be no different, after what he called “a classic breakdown of communication”.

The Someone You Loved singer left hosts Naga Munchetty and Charlie Stayt speechless after mishearing a comment Naga made at the end of his interview on the show.

The X-rated moment came after Lewis had complimented Charlie on his “great hair”.

“Well you’ve got great hair too,” Charlie replied, before Lewis leaned in for a high-five.

Watching their blossoming bromance, Naga joked: “Would you like a room?”

As Naga was left open-mouthed, laughter could be heard from behind the cameras.

Keen to quickly move things along, a smirking Naga joked she was going to “have a little word with Lewis” as she segued to a news bulletin.

Lewis had been on the show to promote his latest single Forget Me, which hit number one in the Official Chart last week.

BBC Breakfast airs daily from 6am on BBC One and BBC News.

Truss has hours, not days